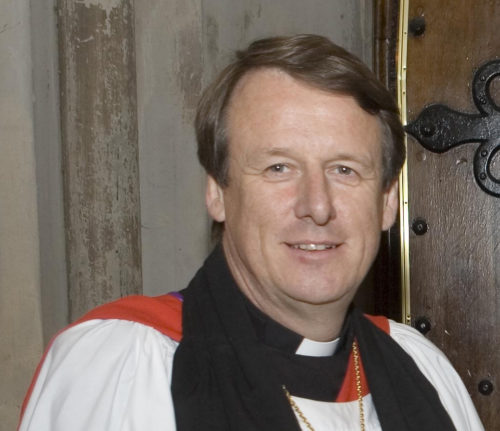 [Church of Ireland press release] The Episcopal Electoral College for Limerick & Killaloe, meeting in Christ Church Cathedral, Dublin, has elected the Rev. Canon Kenneth Kearon as the new bishop of Limerick and Killaloe. He succeeds the Rt. Rev. Trevor Williams who retired at the end of July this year.

Kearon is secretary general of the Anglican Communion, a position he has held since 2005. Born in 1953, Kearon is a native of Dublin. Educated at Trinity College Dublin (TCD), he served his curacy in All Saints Raheny and St John’s Coolock, before becoming dean of residence at TCD in 1984, a position he held until 1990. He was rector of the Parish of Tullow (Dublin) from 1991 to 1999 after which he became director of the Irish School of Ecumenics (1999-2005). Kearon is a canon of Christ Church Cathedral in Dublin and an honorary provincial canon of Canterbury Cathedral, St. Paul’s Cathedral London and St. George’s Cathedral, Jerusalem.

The Most Rev. Michael Jackson, archbishop of Dublin, said, “Canon Kearon has expressed his delight at returning to work in Ireland and his intention to serve the people of Limerick and Killaloe and the communities of which they are a part. I have known Canon Kearon for many years and have always appreciated his personal friendship. I wish Kenneth and Jennifer all that is best within the love of God in their time in Limerick and Killaloe.”

The bishop-elect said: “I am honored and delighted to have been elected to the Diocese of Limerick and Killaloe, and I look forward to getting to know the diocese, its people and its clergy well in the near future. Ireland has been through a very difficult period in its history, and I look forward to helping the diocese play its part and making its contribution to shaping the future. This diocese has made a distinctive contribution to the Church of Ireland in the past, in part through the work of its bishops and most recently through Bishop Trevor Williams, and I hope to be able to continue in their footsteps.”

Following approval by the House of Bishops, the bishop-elect will be consecrated as a bishop on a date to be determined.