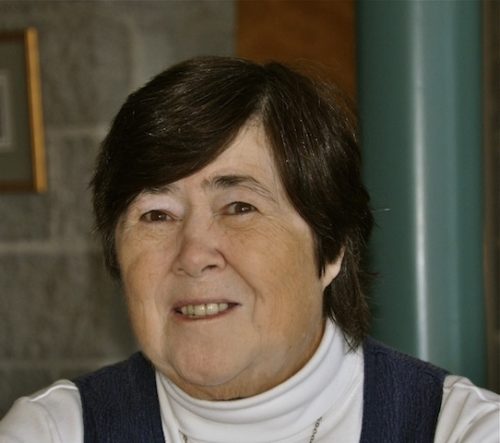 On August 29, 2014, the Rev. Sister Lucy of the Community of St. Mary, Southern Province (aka Lucy Lee Shetters) died in her 80th year of life, the 58th year of her religious profession, and the 34th year of her priestly ordination. Sister was the first woman to be ordained in the Episcopal Diocese of Tennessee and was well known throughout the Diocese. She was a native of Tennessee, born in Sherwood in 1933, and entered the Community of St. Mary in 1954. Bishop Horace W.B. Donegan, then Bishop of New York and Visitor of the Community, presided at her religious profession on September 27, 1956. On Sept. 4, 1958, she was sent as a missionary Sister to Sagada in the Philippines, where she served for seven years. In the mid-sixties, she served briefly in the Community’s schools: St. Mary’s School in Peekskill, NY, and St. Mary’s School in Sewanee, TN. She also served briefly as the Assistant Superior (1966-68) and Novice Mistress (1968 -72) at the Mother House of the order in Peekskill, NY. In the early 1970s she was appointed the Sister-in-Charge of St. Mary’s Convent in Sewanee, where she helped develop the retreat center that later became known as St. Mary’s Sewanee. In 1977, Sr. Lucy entered the School of Theology at the University of the South in order to serve as a priest for the Community and for the congregation that came to its chapel. She was ordained a priest by the Right Rev. Bill Sanders on May 7, 1980. Shortly thereafter, in 1981, Grace Fellowship Church in Garnertown called her as its pastor. She was also sometime chaplain for the Companions of the Holy Cross. She also served, off and on, as Sister-in-Charge of the Southern Province of the Community of St. Mary for a total of 36 years. Under her leadership, the Community embraced liturgical change, negotiated a transfer of the ministry and the ownership of the retreat center to an independent board, built a ! new convent and moved to the Community’s present location, re-established a connection with the Mountain Province, Philippines, and received the remaining Sisters there into the Community of St. Mary, Southern Province, and established a branch house in Los Angeles.

Sister Lucy was also asked by the Diocese of Tennessee to extend her priestly ministry beyond the convent chapel. From 1988 – 1993, she served as vicar of St James Episcopal mission and got the grant that enabled the mission to build its present sanctuary and bell tower. From 1994 – 2008, she served as vicar of Epiphany Mission in Sherwood, TN. From 2008 onward, Sr. Lucy continued to serve the congregation at the convent chapel and Grace Fellowship as she was able. Her health, however, worsened considerable in her remaining years. Her death freed her of all pain, reunited her with her Sisters and family who have gone before, and joined her forever with the God who loves her most dearly.

Sr. Lucy’s life and ministry will be celebrated at a memorial service on September 20th at All Saints Chapel at 11 o’clock, followed by a reception. This service will include any and all who have been touched by her ministry. Her funeral service and burial will be held later at the convent on September 27th at 11 o’clock. All are invited to that service and the reception as well.