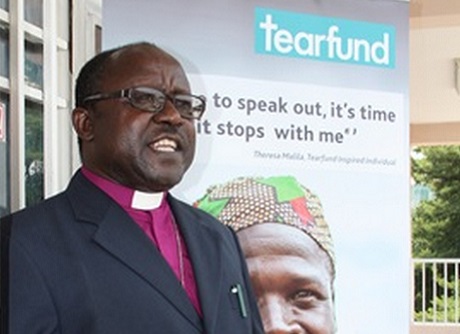 [Anglican Communion News Service] Congo Anglicans have re-elected the Most Revd Henri Isingoma as Primate of the Province de L’Eglise Anglicane Du Congo, giving him the mandate to lead the church there for another five years.

In an exclusive interview with ACNS today, Archbishop Isingoma said the re-election gives him an opportunity to continue with the various activities, projects and policies meant to develop the church.

“For instance, we need to revisit our Church’s constitution and adapt it to the realities on the ground,” he said. “We also need to work on restoring and promoting good relationships with other churches in the Anglican Communion and other denominations.”

In a closely contested election held yesterday in Kinshasa, by the House of Bishops, Archbishop Isingoma got five votes while the other candidate, Bishop of Kindu Diocese, the Right Revd Zacharia Masimango got four votes.

“Church planting will continue to be a top priority during this term,” said the Primate. “So far we have managed to add an extra four dioceses in order to reach as many people as possible in this vast Province.”

He also talked about the possibility of splitting the Province into two Provinces owing to the size of the country. He also raised the need to address some of the Province socio-economic problems.

“Poverty continues to be a major problem for our country and hence the need for investment projects in our various dioceses,” he said. “We also need to become self-reliant as a Church but in order to achieve this we need the support of our various partners to help build capacity.”

The Primate also spoke of the need to address the socio-political situation in the country. “There is a lot of violence in parts of the country and so we need to work with our neighbouring countries to help promote peace,” he said.

Abp Isingoma said theological education continues to play an important role in the Church and that they will continue working towards improvement of various infrastructures including support towards the Anglican University in Congo.

The Primate has since called for support and prayers in order for unity to prevail in the Church. He said: “All Anglicans need to work hand in hand to help build our church. We need to identify and address our common challenges as a church and help promote dialogue.”