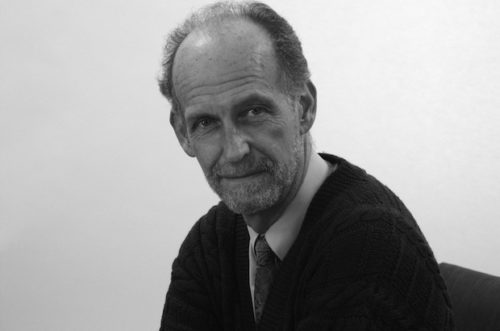 [Anglican Journal] Sam Carriere, the Anglican Church of Canada’s director of communications and information resources, and its director of resources for mission, died peacefully at his home in Toronto on Sunday, Aug. 10, 2014. He was 67.

A graduate of Toronto’s York University, Carriere first joined the Anglican Journal in 1990 as news editor, bringing to the paper the experience of many years in national newspaper journalism. Ten years later he became Journal editor and two years later, General Synod’s director of communications and information resources. In 2010 Carriere was also appointed interim director of philanthropy and in 2013 became director of resources for mission, while retaining the position of director of communications and information resources.

Carriere was also editor of MinistryMATTERS, a quarterly magazine for Canadian Anglican leaders.

He was known for his leadership skills and his willingness to take on any task. “For the General Synod meeting in Halifax in 2010, Sam stepped into the breach and served as acting general secretary. It was one of the best-run synods we ever had,” said Archdeacon Paul Feheley, principal secretary to the primate, Archbishop Fred Hiltz.

At first glance, Carriere’s outward persona could be deceptively brusque. “Sam had that gruff exterior, but when you got him to sit down and talk, you got way beyond the exterior to an incredibly kind and giving person who always wanted the very best out of you,” said Feheley. “Sam’s gift to me was pulling out my very best.”

After he fell ill late last year, General Synod staff produced the book Dear Sam in tribute and thanks to his long and multifaceted service to the church and illustrated it with his breathtaking photographs.

Archbishop Fred Hiltz, primate of the Anglican Church of Canada, wrote that one of his favourite images of Carriere was at Geneva Park, where the management team of General Synod held retreats in the last several years. “The sun has  just come up and the grass is still heavy with dew. I see you roaming the  property. You walk some and you stop. Something catches your eye and up  comes the camera. There are a few seconds of absolute stillness and then with one quick click  you capture forever the beauty you beheld. You have an eye not only for marvels of nature, but also for those graces by which God enriches  our lives,” said Hiltz.

Before joining the national church, Carriere served for 22 years as a writer and editor at the Globe and Mail and its “Report on Business,” teaching journalism at Toronto’s Ryerson Polytechnic University as well.

Carriere was also known for his teaching skills. “Sam was the consummate professional journalist and he taught me much of what I know about writing and editing,” said former Journal editor Leanne Larmondin, who worked with Carriere for 15 years. “He also had a huge capacity for generosity, both in his time and his creativity. Even when we disagreed, and we often did, he respected my choices and decisions with a grace that often left me speechless.”

Echoing Larmondin John Sewell, former mayor of Toronto who wrote a daily column on municipal politics under Carriere’s editorship at the Globe in the1980s, said: “Sam was an excellent editor, always trying to improve, not change, what I was trying to say. He gave me great confidence in my transition from being a civic politician to a civic journalist.”

Carriere was “a poet, in his words and in his pictures,” said Solange De Santis, former staff writer for the Journal and former editor of Ecumenical News International.

Like many good teachers, Carriere was unassumingly unaware of the impact he had on other’s development. “When I exchanged emails with him four or five months ago, he seemed surprised to realize how important his approach was for a writer, but that was Sam, very modest and restrained,” said Sewell.

A man of broad-ranging interests and abilities, Carriere was also a skilled and passionate photographer, whose work can be viewed here.

Carriere is survived by his wife, Linda Doohoo, a retired nurse manager and director of care for Toronto Homes for the aged.

A memorial service will be held in the Chapel of the Apostles at the national office of the Anglican Church of Canada in early September. Details are still being finalized.

To read tributes to Carriere from the many who knew him, click here.