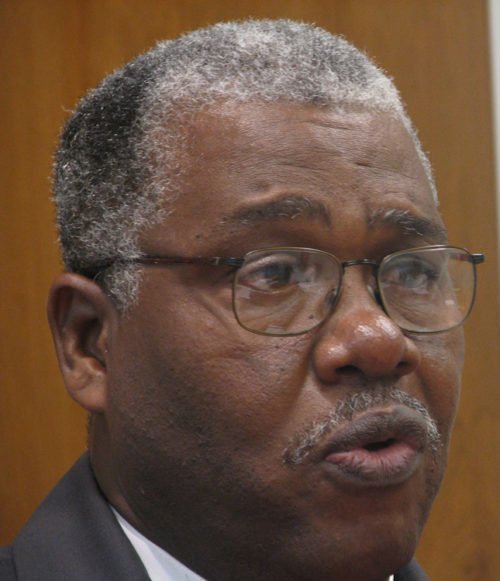 Hart succeeds Bishop Solomon Tilewa Johnson of The Gambia who died in office on Jan. 21, 2014.

Hart was elected on May 1, 2014 by the Electoral College of the IpWA in the St. Augustine Anglican Church in Freetown, Sierra Leone. He is also the dean of the CPWA. Hart now assumes the role of having oversight of the Anglican Communion bishops from Guinea, Guinea Bissau, Cape Verde, Sierra Leone, The Gambia, Cameroon and Liberia.

Hart was consecrated as bishop of the Episcopal Church of Liberia on March 2, 2008.

Liberia President Ellen Johnson-Sirleaf, in a congratulatory message, said: “We and the Episcopal denomination in Liberia have not the slightest doubt that you will measure up to the task of your new assignment considering services you have rendered to the flock here in the Diocese of Liberia and your astute ecumenical standing within the communities of the Christian faith.”

Archbishop of the Church of the Province of West Africa Daniel Yinka Sarfo pledged to work with Hart to build on the legacies of their predecessors.

Sarfo, also the current Anglican bishop of Kumasi in Ghana, reiterated the wish that the two internal provinces of West Africa should eventually become autonomous provinces of the Anglican Communion during their tenure.

Hart’s enthronement service was held at the Cathedral Church of the Holy Trinity on Sunday, July 6, and attended by more than 15 other bishops of the province, including Sarfo, as well as international guests from the United States and England. Vice President Joseph Boakai among other national dignitaries was also present.