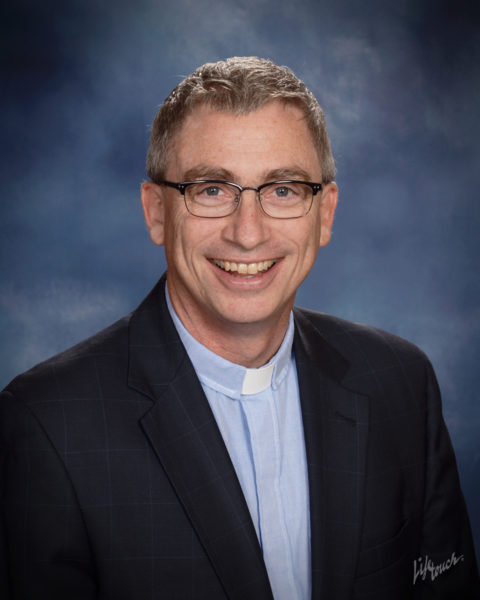 Skirving was elected on the third ballot, receiving 48 of the 70 clergy votes and 97 of the 165 lay votes. Thirty-six clergy votes and 84 lay votes were needed for an election. The first ballot was invalidated due to a procedural error.

The election was held during a reconvened session of the 131st Convention held at Christ Church, New Bern, North Carolina.

Pending consents, the consecration and ordination of the bishop-elect is scheduled to take place on Saturday, Nov. 8, at the Rock Springs Center in Greenville, North Carolina, with Presiding Bishop Katharine Jefferts Schori presiding. Under the canons (III.11.4) of the Episcopal Church, a majority of bishops exercising jurisdiction and diocesan standing committees must consent to the bishop-elect’s ordination as bishop within 120 days of receiving notice of the election.

“Sandy and I are excited that God has called us to East Carolina to journey forward with you,” Skirving said in a phone call broadcast through the nave shortly after his election was announced. “I am grateful for the trust you have placed in me, and I am confident God will give us everything we need to do the work of the church.”

Skirving has been rector of St. John’s Episcopal Church since 2005. He currently serves on the House of Deputies State of the Church Committee and represents the Diocese of Eastern Michigan on the Province V Executive Board. He was a deputy to General Convention in 2012 and has served his diocese as dean and chair of its Commission on Ministry.

Previously, Skirving served as rector of Bishop Cronyn Memorial Church in London, Ontario, Canada. His work in Canada provided him experience working in churches of varying sizes, from small rural to large, program-sized congregations in suburban and urban areas.

He was awarded a BA in Philosophy from the University of Waterloo in Ontario, Canada in 1982. He received his Master of Divinity degree from Huron University College in London, Ontario in 1986. He has completed additional course work towards advanced degrees in religious studies and congregational development at the University of Windsor, University of Notre Dame and Seabury Institute.

He and his wife Sandy have two grown children. He has begun to learn Latin-American Spanish to help in his congregation’s ongoing mission partnership with the Episcopal Church in the Dominican Republic.

The Diocese of East Carolina is composed of nearly 70 parishes in 32 counties and covers the area from I-95 to the coast and from Southport up to Gatesville. The diocese is home to several major military bases, a large Hispanic community, and small congregations.