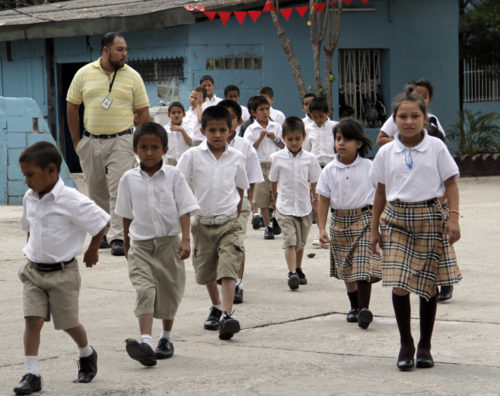 El Hogar has the capacity at its Tegucigalpa campus for up to 100 students, providing them with an education, food, shelter, clothing and a family environment. Photo: Lynette Wilson/ENS

[Episcopal News Service – Tegucigalpa, Honduras] For the past 35 years El Hogar has served Honduras’ toughest cases, boys and girls, some of whom have been abused, neglected and abandoned.

“There are some that don’t have families, some we know for sure whose parents have passed away, and there have been children who have been left completely orphaned,” said Claudia de Castro, El Hogar’s director.

With a staff of 80 people and three campuses, El Hogar has the capacity for up to 250 students. El Hogar, which means home in Spanish, goes beyond providing the basic necessities of  food, clothing, and education; it provides the love and care typically provided by a family, said de Castro. 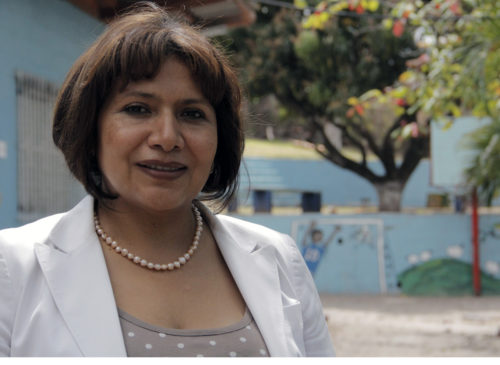 “In this place you can see the presence of God moving around these children,” said de Castro. “This is a miracle place; only God can heal their hearts. They are little ones who have experienced a lot”

“He came here, and he was aggressive,” she said.

Then one day during Morning Prayer, the boy, touched by the lesson on forgiveness, decided to forgive his mother’s killer. Today the boy is one of El Hogar’s best students, and is on the honor roll.

In another example de Castro shared, students were eating at a Pizza Hut and there were children begging outside the restaurant. Once outside, the boys gave the children their shoes.

“Often we share the things we no longer want, but these children were giving the only shoes they have,” she said. “They feel wealthy.”

Sixty percent of Honduras’s 7.9 million people live in poverty, and 35 percent of the population is below the age of 15. Natural disasters and the country’s poor security situation – Honduras has the highest homicide rate in the world, which can be tied to narcotrafficking and gang violence – contribute to the large number of Hondurans who join other Central Americans in the northward journey to the United States.

In recent years the number of undocumented minors crossing the U.S.-Mexico border has risen to more than 20,000, many of them young people escaping the poverty and violence in Central America.

El Hogar is one of many faith-based nongovernment organizations incorporated in the United States that serves at-risk and abandoned youth in Honduras. El Hogar has graduated 750 students over the years, and is a ministry of the Episcopal Diocese of Honduras. 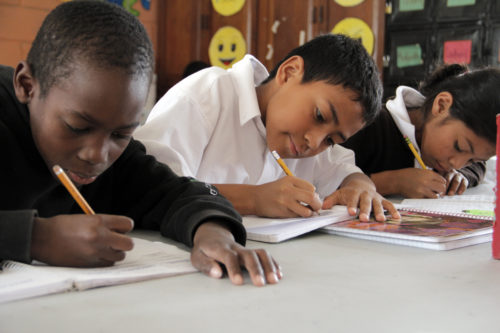 Girls study alongside boys at El Hogar’s Tegucigalpa campus, later boys either opt to attend the technical school or to study agricultural practices at the farm. Girls move to a house outside the capital where they attend high school. Photo: Lynette Wilson/ENS

In 1979, a group of Episcopalians from St. Mary’s Church in Tegucigalpa rented an old home in a poor neighborhood and started El Hogar with five boys whom they found living and sleeping in the streets. By the end of the first year, the home was full and another 20-bed home was built to accommodate additional boys; still the population continued to grow. When El Hogar began, boys were being abandoned at a rate of 10 to 1, according to its history.

Before a child is admitted to El Hogar, a staff member makes a family visit to assess the child’s environment and learn about his history. It was during the family visits, that the staff noticed girls typically stay behind at home to care for younger children, de Castro explained.

Thus El Hogar opened up to girls in 2007 and today 28 girls, grades kindergarten through six, live there. The remaining 10 live in Casa de Niñas, a house in nearby Santa Lucia, and attend high school.

Introducing girls into the school wasn’t easy, but over time the boys and girls began “to interact like brothers and sisters,” said de Castro.

Boys who graduate sixth grade have the choice of attending St. Mary’s Technical School, located 30 minutes outside Tegucigalpa, where they choose to study a vocational skill, welding, carpentry, electrical wiring, or they move to Escuela Agricola de Amor y Esperanza, a working farm, an hour from the capital, to study agriculture and animal husbandry.

The trend in family services in Honduras is to work on building healthy family structures, “but for some, there is nowhere to go,” said the Rev. Mathew Engleby, executive director and an Episcopal Church-appointed missionary. 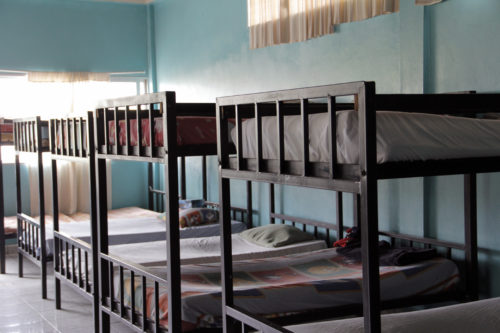 Going beyond providing and education and providing for the student’s basic needs, the staff, including 35-year-veteran Lazaro Juárez who oversees the technical school, know the violent realities students face outside El Hogar’s walls.

“We can keep them safe here, but when they go outside and to their homes, things are different,” said Juárez, adding that by providing students with an education, values and job skills, the hope is to strengthen their character and build their defenses.

El Hogar operates on a $1.2 million budget, about half of which depends on child sponsorship and the remainder on fundraising in the United States and Canada.

“We’ll always depend on donations to change the lives of these kids,” said Engleby,

Additionally, El Hogar runs a Service Team Program through which North American teams can visit the Tegucigalpa campus and the farm. The program is by application only and teams receive a 60-page visitor’s manual; currently there’s a yearlong waiting list.

“They spend time here,” said de Castro. “We don’t have a five-star hotel, but people here are happy and peaceful. It’s not just the children; God changes the life of all people here.”

Teams typically perform service projects that can include painting buildings and other maintenance, but the focus is on interaction with the students.