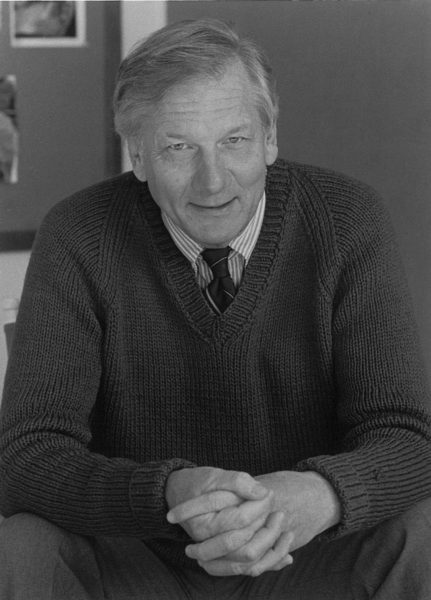 On April 5, people from across the Southeast came together at Good Shepherd Episcopal Church in Raleigh, North Carolina, to share stories about the man who brought hospice care to North Carolina, inspired dozens of feeding ministries, established a scholarship for women entering the workforce, shepherded the founding of the Episcopal Farmworker Ministry, and encouraged the creation of local outreach ministries that have since become the backbone of the diocese’s presence in local communities.

The oral history event, organized by diocesan historiographer the Rev. Brooks Graebner and diocesan archivist Lynn Hoke, included six members of the Mathews family and three bishops. The event was recorded to add to the diocese’s historical record.

The day began with Graebner contextualizing the historical significance of Mathews’ work, which encouraged congregations to engage in local outreach ministries and led to the formation of church-based outreach committees, a fairly novel idea in the 1970s. In opposition to an Episcopal Church initiative to address the social unrest of the 1960s by bypassing dioceses and local churches with national grants made directly to local community organizations, Mathews called on North Carolina’s 1976 annual convention to stop relying on supposed experts to dictate social ministries.

“Good Christian theology tells us that man’s need to love is greater than his need to be loved,” he told the convention. “Now, change that so it reads ‘to help rather than to be helped.’ When we ask the Atlantas, the Washingtons or whatever to be the helper, then we cut the light right out from under the would-be helpers in our own backyards.”

Mathews’ efforts to stem the alienation between the broader Episcopal Church and many of the diocese’s congregations — and between congregations and the work happening in their communities — led him in 1974 to propose a new position. He called his idea “Community Consultant and Instigator for Disoriented Young People,” a characteristically Mathews phrase, Graebner assured attendees. The position evolved into the director of the Committee for Christian Social Ministries, but Mathews’ original vision of “the community address[ing] itself to its own problem utilizing its own resources on a very low budget instead of wringing its hands, cursing young people and waiting on some sort of overnight magic cure in the form of a government grant” remained the defining characteristic of the group’s work.

Scott Evans Hughes, former president of the Episcopal Church Women in North Carolina, recalled a time Mathews encouraged her to address a local problem. In 1979 she was on her way to a meeting at the diocesan office when she drove by a development project and wondered who cared for the animals displaced by the construction.

“Lex encouraged me, supported me and charmed me into doing more than I ever thought I could,” she explained.

Mathews’ active role in encouraging lay people, and especially women, to pursue causes about which they were passionate was a theme that ran throughout the day’s stories. 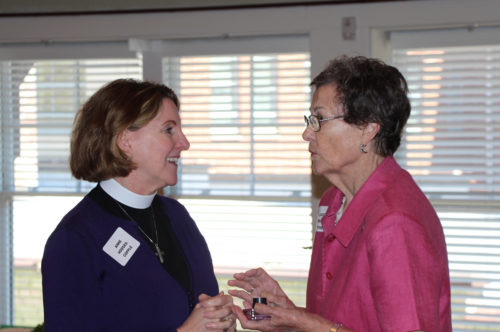 “Lex was a midwife in showing and leading women into their own ministries, especially lay ministries,” she said. “He believed in the capacity of each one of us to embody Jesus in an authentic way.”

Panelists also described the ways Mathews’ contributions continue to motivate change in North Carolina. The Episcopal Farmworker Ministry he helped to found in Dunn provides liturgical ministry, English as a Second Language classes, pesticide education, transportation to medical care and donations of food, clothing, and toiletry kits to 3,500 migrant workers each year. Good Shepherd’s Shepherd’s Table soup kitchen, one of approximately 45 local feeding ministries Mathews inspired, continues to serve hot lunches to 350 people each week day. The Lex Mathews Scholarship for Women has distributed $270,000 in scholarships to women entering college as non-traditional students, and the hospice network in North Carolina owes its existence to Mathews’ dedicated efforts in the late 1970s to recruit the right people to incorporate the program. 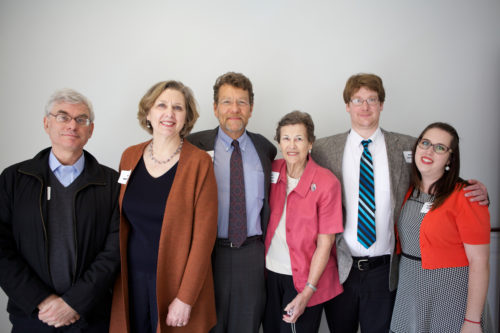 Mathews’ wife, Judy Wright Mathews, was thrilled by the outpouring of love and respect for her late husband and was glad to see that his work continues.

“This gives me a chance to see the work done for the marginalized people reinforced,” she said before advocating for the work yet to be done. “I think there’s more things we can do. The trends in the United States now make it more difficult for these marginalized people.”

For Hughes, it is clear that Mathews’ example will continue to inspire outreach ministries in North Carolina.

“When Bishop Curry asked us to ‘go do’ at this year’s convention, that was Lex.”

— Summerlee Walter is the communications coordinator for the Diocese of North Carolina.