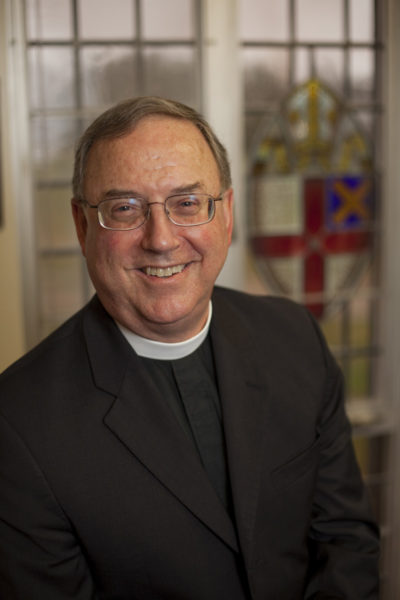 Stafford, who taught a course in the English Reformation at CDSP during the fall of 2013, was a professor of church history at Virginia Theological Seminary (VTS) from 1976-2004, and also served as associate dean for academic affairs there from 1997-2004. He was dean of the School of Theology at University of the South (Sewanee) from 2004 until 2012.

“I am just thrilled to have a chance to be back in the classroom in a concentrated way,” said Stafford. “My first calling, my first vocation as a Christian and as a priest is to be a teacher and a learner. As I prepare new classes for students at CDSP, I’m getting a chance to learn and relearn a lot of things. I’ve missed that badly.”

During the fall semester, Stafford will teach a course on the history of the Western church from the second through the fifteenth centuries. In the spring semester, he will teach western church history from the Reformation through the 20th century and a course he developed at VTS and Sewanee called “Classics of the Christian Journey.” Students will read Christian spiritual classics by authors including Perpetua, Origen, Augustine, Bernard of Clairvaux and Julian of Norwich.