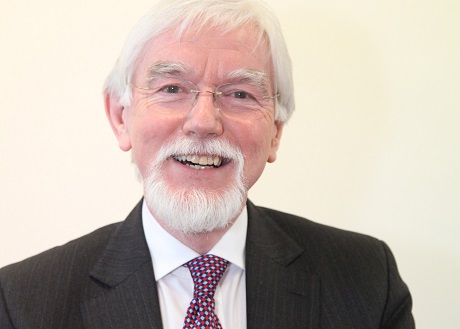 [Anglican Communion News Service] The legal adviser to the Anglican Consultative Council (ACC) and Provincial Registrar for the Archbishop of Canterbury has been appointed as a Chaplain to Queen Elizabeth II.

Canon John Rees said he was delighted to receive the accolade which is awarded for long and distinguished service as a member of UK clergy.

“It is a great honour to be appointed as one of Her Majesty The Queen’s Chaplains,” he said. “The role is largely honorary, but I hope it will increase the opportunities I have from time to time to emphasise the importance of the Anglican Communion, and the immensely valuable work done by Anglican Churches around the world’.

Canon Rees is currently Registrar for the Archbishop of Canterbury, Diocesan Registrar for Oxford, Legal Adviser to the ACC (since 1995) and Senior Partner of Winckworth Sherwood – Vice-Chair of the Legal Advisory Commission of the C of E, an honorary Provincial Canon of Canterbury Cathedral.

At present there are more than 30 appointees to the role and Canon Rees takes over the role formerly held by the Revd Canon Alison Woodhouse.

He is described on the website of his primary employer Winckworth Sherwood as a lawyer who, “specialises in ecclesiastical, educational and charity law and has a wealth of experience in advising on charity constitutions for national and international bodies; financial structures; disciplinary issues, subsidiary companies and asset management; press handling issues. As well as the full range of freehold and leasehold, registered and unregistered matters; and all types of ancillary issues e.g. rights of way; complicated redevelopment schemes, title investigations, contaminated land remediation issues, boundary disputes, unusual property matters such as dealing with consecrated land, burials and exhumation.”

When named Times Lawyer of the Week at the beginning of 2013, Canon Rees named Jesus of Nazareth as the most influential person in his life. He said, “In three years, he cut through centuries of legalism that had encrusted itself round the basic commandments to love God and to love one’s neighbour. When laws lose sight of their underlying purpose they become dangerous.”