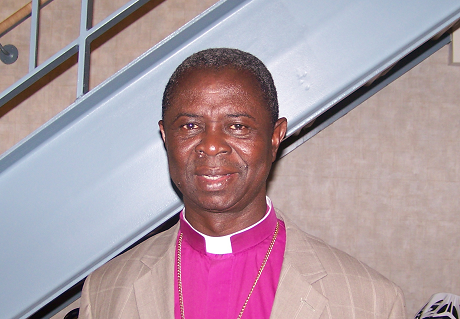 [Anglican Communion News Service] The surviving metropolitan archbishop of the Church of the Province of West Africa has been elevated to become its 10th primate.

According to a statement, Daniel Sarfo, archbishop of the internal province of Ghana, becomes the province’s new leader following the death of Archbishop S. Tilewa Johnson.

Johnson, 59, was primate, metropolitan archbishop of the internal province of West Africa and bishop of Gambia. A popular figure both home and abroad, he died in Fajara on Jan. 21 while playing tennis – one of his favorite pastimes.

His unexpected death prompted tributes from around the world and from across Christian denominations and other religions. His funeral, which took place last Friday at the Independence Stadium in Bakau, Gambia, was attended by, among others, a high-level government delegation, and senior members of the Anglican Communion – including its Secretary General Canon Kenneth Kearon.