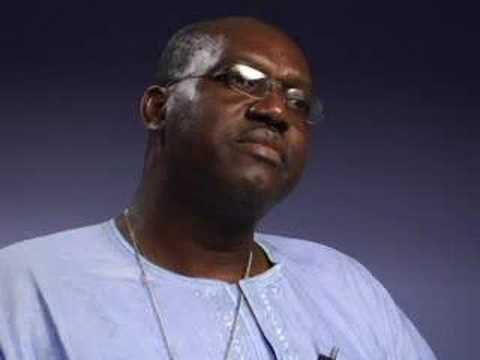 Archbishop Solomon Tilewa Johnson, 59, was also Metropolitan Archbishop of the internal province of West Africa, and bishop of Gambia. A popular figure both home and abroad, he died in Fajara while playing tennis – one of his favorite pastimes.

Canon Anthony Eiwuley, provincial secretary, said he had received confirmation of the archbishop’s death from the family. He added that, in time, he planned to open a book of condolence to receive messages on behalf of the province and the family.

Bishop Zacharie Masimango Katanda of Kindu and Archbishop Henri Isingoma of the Democratic Republic of Congo also told network members how they had been saddened to hear of his death.

Presiding Bishop Katharine Jefferts Schori said: “The bishops and people of The Episcopal Church are grieving the death of the Primate of West Africa.  The province and his family are in our prayers.”

Archbishop of Canterbury Justin Welby wrote to Johnson’s wife, Priscilla, and to the archbishop of the Internal Province of Ghana, the Most Rev. Daniel Sarfo, to offer his condolences and assurance of his prayers.

He wrote to Sarfo: “I know that many will miss Archbishop Tilewa for his boundless energy and the great enthusiasm he had for his ministry, in the Church, both in Gambia, in the Province of West Africa, and in the wider Anglican Communion.

“His gifts were not confined exclusively to the Church, and he had an active role within the national life of Gambia, serving as a member of a number of boards and committees. He was generous in his hospitality, and was always glad to welcome visitors to the Gambia, where he had served as Bishop since 1990.

“I know that all my colleagues, the people of the Church of England, and especially those in the Diocese of Chichester with which the Diocese of the Gambia is linked, as well as your brothers and sisters across the Communion, will be holding you in prayer and love at this time.”

The Rev. Canon Kenneth Kearon, secretary general of the Anglican Communion, said, “Archbishop Tilewa was a big man in every sense of the word. His great height made him stand head and shoulders over others, but so did his heart. He had a great love for the church, and worked hard for the spread of the Gospel in his own country, his diocese, and more recently, the Church of the Province of West Africa, which he served with distinction as Primate.

“His immense pride in being able to represent his diocese at the Lambeth Conference of 2008 was matched by his love and compassion for those in any sort of need. He was a man of justice, and served with distinction on his country’s Independent Electoral Commission. All of this was rooted in his love for his Savior. To his wife and family, of whom he was so proud, to his church and to his country, we extend our prayers and our sincere sympathy.”

Anglican Ollie Sagnia was one of those who expressed their grief on the late Archbishop’s Facebook wall, “Today we mourn but tomorrow we hope to celebrate your life and continue your work as you pass on the torch. You excelled at being a great family man and an outstanding leader, an embodiment of peace, love and humility. Your vibrancy, zeal and enthusiasm, blended with humor and wit, awed us all. You will always be our bishop.”

John Kafwanka, Zambian priest and director for mission in the Anglican Communion Office, wrote, “What a shock to hear about the death of Archbishop S. Tilewa Johnson. You will be fondly remembered for your service to the Lord and humanity. We prayer for your family and the Church in Gambia and the whole Province of West Africa. Rest in God’s eternal peace.”

Johnson served as a member of the Central Committee of the World Council of Churches.

“He was a highly motivated and effective church leader,” said the Rev. Olav Fykse Tveit, general secretary of the World Council of Churches. “I came to know him in 2013 at the assemblies of both the All Africa Conference of Churches and the WCC.”

“He possessed a strong commitment to the vision of fellowship and common witness and service. His ecumenical leadership internationally and nationally was inspirational,” Tveit added.

The many other posts on Johnson’s Facebook page and elsewhere on social media sites expressed shock, sadness and a very personal sense of loss from people in countries including Ghana, Nigeria, the Gambia, England, Tunisia, and Sierra Leone. Several people even changed their Facebook photo to one of the archbishop to honor his memory.

A man of firsts
Johnson is the ninth primate and archbishop of the West African province. He became the first Gambian bishop, archbishop and primate.

He was due to join members from across the Church of the Province of West Africa — from Cameroon, Cape Verde Islands, Ghana, Guinea Bissau, Guinea Conakry, Liberia, Senegal, Sierra Leone and The Gambia – at its Synod in February.

A life of service
Solomon Tilewa Ethelbert Willie Johnson was born in Banjul, The Gambia, on 27 February 1954. He attended the Wesley Primary School in Gambia from 1962 to 1966 and then Gambia High School until 1972.

He started his career in 1975 as a teacher at Banjul’s Gambia High School. However, after two years he applied and was admitted to Trinity Union Theological College, Umuahia, Imo State, Nigeria. In 1980 he left with a Diploma in Theology.

After three years at The UK’s University of Durham (1982-1985) he obtained a BA (Hons) in Theology. Twelve years later he returned to Britain to gain a Certificate in Theology from Oxford University. In 2000 he became a graduate of the Theological Foundation of Indiana in USA with a Doctorate degree in Applied Ministries.

Solomon Tilewa Johnson was a deacon from 1979 to 1980, a priest from 1980 to 1990, and was a diocesan bishop from 1990. On 29 September 2012, he was elected as the 9th Primate of the Church of the Province of West Africa as well as Metropolitan Archbishop of the Internal province of West Africa. He was enthroned on 16 November 2012.

He was designated ‘Person of the Year’ 2012, by the Gambia News and Report Weekly Magazine who said his selection was because of his “election as the 9th Archbishop and Primate of the 38 member Church of the Province of West Africa (CPWA), making him the first Gambian Bishop to hold such a position.”

He was involved with a range of organisations and committees both in Gambia and overseas including mission agencies; educational establishments; national bodies tackling socio-economic issues; and such ecumenical bodies such as the All Africa Conference of Churches, and the World Council of Churches and the Gambia Christian Council.