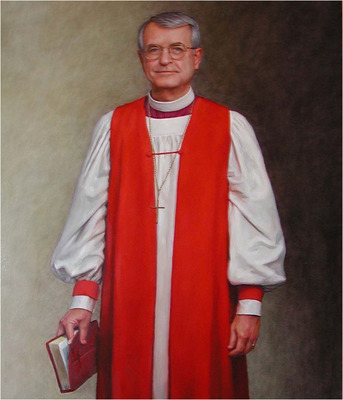 He served the diocese as bishop from 1994 to 2000. He came to the episcopate having served in the diocese for 30 years as a deacon and a priest, including 19 years as the rector of St. Luke’s, Durham, where he developed a reputation as a preacher and a pastor, according to a biography on the diocesan website.

Born on July 18, 1938 in Georgia, he was raised a Southern Baptist and ordained at an early age.

While at Yale Divinity School in the early 1960s, he came to seek Holy Orders in the Episcopal Church and was ordained by then-North Carolina Bishop Thomas Augustus Fraser in 1965.

“As Bishop, Johnson encouraged the Diocese to engage in healthy and hospitable practices and to honor the ministries of all the baptized, including gay and lesbian members,” his diocesan biography says. “He spoke out strongly against capital punishment and racist behavior and on behalf of weak and marginalized members of society.”

In response to growing controversies in the Episcopal Church and Anglican Communion, the diocese said, Johnson appealed to the unity of the church and mutual forbearance.

Johns held what his biography calls “the solemn but painful duty” of serving on the House of Bishops’ Ecclesiastical Court which heard, and then dismissed, charges against a fellow bishop, Walter Righter. (Episcopal News Service coverage of that decision is here.

Pained by what he saw as signs of a lack of charity at the 1998 Lambeth Conference, the biography says, he subsequently announced his retirement and called for the election of his successor in 2000.