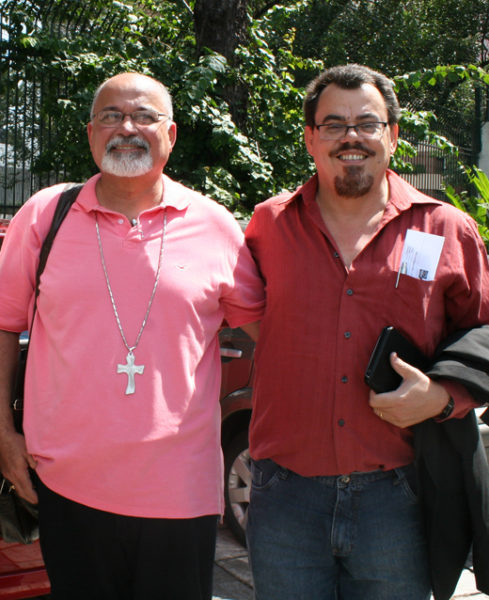 [Episcopal News Service] Bishop Francisco de Assis da Silva of the Diocese of Southwest Brazil was elected on Nov. 16 to serve as the next primate of the Igreja Episcopal Anglicana do Brasil (Episcopal Anglican Church of Brazil).

The election was held in Rio de Janeiro as bishops, clergy and lay delegates, as well as numerous guests, gathered Nov. 14-17 for the Anglican province’s 32nd General Synod.

Assis was elected out of a field of two candidates. The other candidate was Bishop Naudal Gomes of the Diocese of Curitiba, who on the first ballot received a majority of votes from the House of Bishops while Assis received a majority from the House of Clergy and Laity. As synod members prepared to vote again in a second ballot, Gomes withdrew his candidacy and Assis was announced as the new primate.

Assis succeeds Bishop Maurício José Araújo de Andrade of Brasilia, who has served as primate since 2006.

Assis was elected as bishop of the Diocese of Southwest Brazil in October 2010. Before that he served for four years as provincial secretary for the province, which includes nine dioceses and one mission district throughout Brazil.

Born in Olinda, Pernambuco, Assis studied theology at the Northern Brazil Baptist Seminary and Anglican studies at Recife’s Anglican Seminary. He was ordained a deacon in January 1991, and a priest in December 1991. Prior to becoming provincial secretary, he was rector of St. Mary’s Church in Belém do Pará, now St. Mary’s Cathedral in the Diocese of the Amazon, and rector of All Saints’ Church in Novo Hamburgo, Rio Grande do Sul. From 2003 to 2006, he was president of the House of Clergy and Laity. He is also a lawyer, and holds a master’s degree in political science.

The new primate was installed on Nov. 17 at the Anglican Cathedral of the Redeemer in Tijuca, Rio de Janeiro.

In his sermon, Assis said that the spirit of unity does not end with the conclusion of the events, “but rather continues on in the work of the IEAB, its bishops and clergy, its laity, missions and ministries. In this spirit, we continue in our work, and continue in prayer and rejoicing for the Episcopal Anglican Church during this time. Alleluia!”

The theme of synod was “strengthening our spirituality and mission to service and of the transformation of life.”

The Episcopal Church of Brazil was part of the U.S.-based Episcopal Church for some 80 years until Brazil’s autonomy in 1964. The two provinces have since continued to share a covenant relationship and explore opportunities for common mission.

Bishop Stacy Sauls, chief operating officer for the Episcopal Church, preached during the synod’s opening Eucharist about “the need to have a church for the poor, for those on the margins,” and of how the Episcopal Anglican Church of Brazil and the U.S.-based Episcopal Church have this mission in common. “There was a palpable excitement and joy in the air, at this desire to walk together and deepen our ‘bonds of affection’ that make us one,” according to a provincial press release.