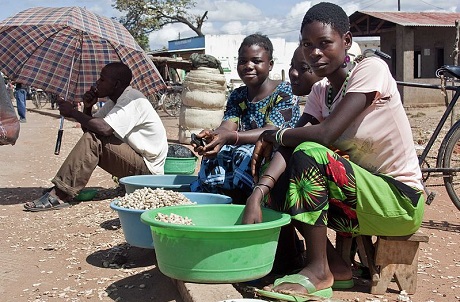 [Anglican Communion News Service] The Anglican Church in Malawi will this year for the first time be taking part in 16 Days of Activism Against Gender Violence, described as “organizing strategy by individuals and groups around the world to call for the elimination of all forms of violence against women.”

In an interview with ACNS, the coordinator of the Anglican Church’s involvement in the 16 days in the Diocese of Southern Malawi, Fr. Willard Kamandani said, “This is exciting because it is the first time the church in Malawi will be taking part in gender activism issues. Our participation is meant to address the lack of women’s voices in society as well as in the Church.”

“It is our expectation that there will be an increase in the percentage of women whose views form part of the society in Malawi,” he said explaining that the decision to participate was made during the 7th Synod of the Diocese of Southern Malawi.

Synod members discussed several cross-cutting issues including that of gender imbalances. The Synod’s theme was ‘Let’s challenge militarism and end violence against women’.  They also observed that the low percentage of women’s voices in society is, in part, the result of the Church’s silence on such issues.

“As a diocese we thought it wise to take part in the event and resolved that it is the responsibility of the Church to raise awareness among all congregation members as well as the entire country on gender-based violence as a human rights issue,” said Fr. Kamandani.

This is not the first time the Anglican Church in Malawi has highlighted important causes. Recently, the Bishop of Northern Malawi the Rt Revd Fanuel Magangani has spoken out on a number of issues affecting the country including the need for its citizens to seriously consider voting rights.

Fr. Kamandani explained that using its extensive networks and presence even in the remotest areas of the country, the Church can provide a forum whereby “clergy and laity can develop and share new and effective strategies that can help to end gender-based violence.”

“The prevalence rate of violence against women is escalating in the country and hence the need to take part in addressing this issue of gender-based violence,” he said adding, “Remember, we are the voice of the voiceless!”

He appealed to Christians and Non-Christians alike to report any cases of violence against women or girls to the police whenever that happened in their families. The Bishop also said that violence against women persists in every district across the country as a “pervasive violation of human rights and major impediment to achieving gender equality and the empowerment of women in our society.”

The 16 Days of Activism Against Gender Violence starts on November 25, the International Day for the Elimination of Violence against Women, and ends on December 10, Human Rights Day.

The Diocese of Southern Malawi will begin commemorating the event with a march on November 23 from St. Paul’s Cathedral, in the city of Blantyre through Ndirande Township to the Church’s headquarters in Limbe Township, a stretch of about 12 km.

Kamandani concluded, “It is…a fact that gender-based violence harms women, their families, men and the entire communities. It has significant economic costs and restricts and undermines economic growth and development.”