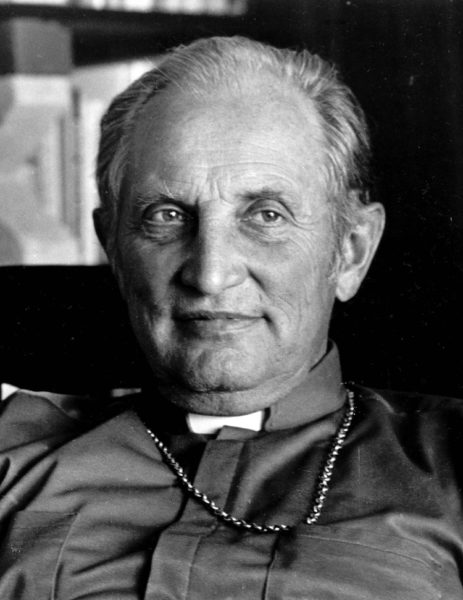 [Episcopal News Service] The Rt. Rev. William B. Spofford, the fourth bishop of the Diocese of Eastern Oregon, died Nov. 5 at age 92.

Spofford, who retired from Eastern Oregon in 1979, was living in Portland, Oregon, and died in his apartment there, just after receiving the Ministration at the Time of Death.

An obituary from Eastern Oregon called Spofford a “prophet, priest, poet and pastor.”

A Brooklyn, New York, native, Spofford was ordained deacon on St. Andrew’s Day 1944 and priest in 1945. He served churches in Massachusetts, Michigan and Idaho, and was chaplain to the Massachusetts General Hospital and clinical training fellow at the Kansas State Hospital and Boys Industrial School, Topeka, Kansas.

He was dean of St. Michael’s Cathedral in Boise, Idaho, when the House of Bishops elected him in the fall of 1968 to serve as bishop to what was then the Missionary District of Eastern Oregon. He was one of the last people selected by that body before the term was dropped and those jurisdictions were permitted to elect their own bishops.

Spofford was ordained and consecrated on the Feast of the Conversion of Saint Paul (Jan. 25) 1969 during a snowstorm in Ontario.

Spofford was one of two men who made history in 1967 when serving as elected delegates to what was then called the Triennial Meeting of the Women of the Church. The other was the Rev. Powell Woodward of Central New York. During the 1967 General Convention, Spofford also was elected to serve on the church’s Executive Council.

In Eastern Oregon, where he often arrived for visitations and meetings on his motorcycle, he worked for new models of broader ministry, ecumenical relationships, a functional diaconate and a new vision of stewardship.

After he left the Eastern Oregon diocese, Spofford served as assistant bishop of the Diocese of Washington and bishop-chaplain at St. George’s College in Jerusalem. He was a member of the ACLU, the League of Women Voters and the Oregon United Nations Association.

Spofford is survived by his five sons: Timothy; triplets, Mark, Andrew and Stephen; and Daniel.