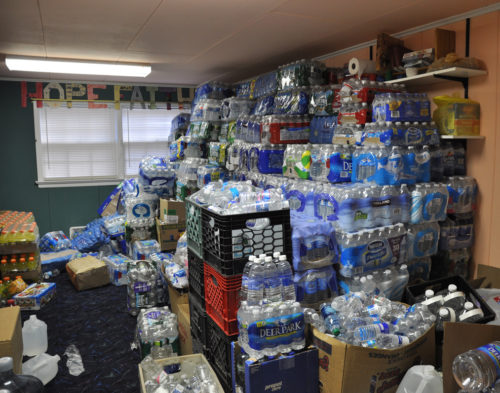 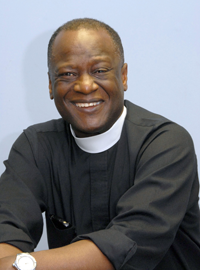 The Rev. John C. Thompson-Quartey is the rector of St. Mary’s by the Sea in Point Pleasant Beach, New Jersey.

For the parish community of St. Mary’s by the Sea, Point Pleasant Beach, New Jersey we learned that we should always be prepared for unexpected blessings in the midst of disaster. Our preparedness for a feeding ministry led to a quick response to a very critical human need in the face of disaster. Superstorm Sandy was an equalizer in our community. Those in need before storm had greater need after and those who never asked for charity were forced to ask and/or reluctantly accept the generosity of strangers. We were also faced with the challenge of matching resources with those who needed them. We learned to be flexible (without strict boundaries) in order to accommodate the needs of those affected by the storm. Above all we saw grassroots relief efforts delivering needed services in an effective way.

Making our building accessible and improving our kitchen facilities (through grants), have allowed us to continue with the feeding ministry. We are able to refrigerate donate food items, and are in the process of building shower faculties for volunteers and relief workers. We also kept a list of volunteers who are ready and willing to help when the need arises. We have established a network of area businesses that are ready to donate goods and services for relief and recovery efforts.

Given the magnitude of the storm, we have learned that there are not enough contractors to perform all of the work to make people whole again. Some families are still out of their homes, and some contractors have walked away from incomplete jobs. Monetary assistance is very slow in materializing for many home owners, which makes them dependent on organizations like churches and other charitable organizations for assistance. There is still an enormous load of emotional and psychological challenges that need to be met, some of which we are ill-equipped to handle.

— The Rev. John C. Thompson-Quartey is the rector of St. Mary’s by the Sea in Point Pleasant Beach, New Jersey.