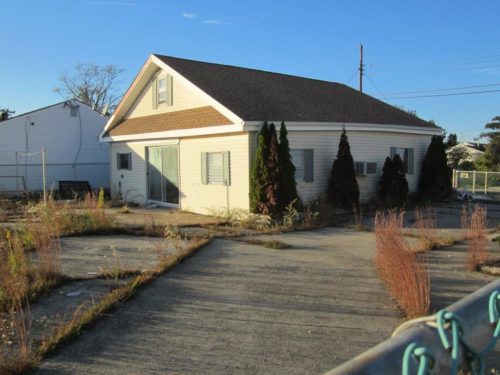 The outsides of many abandoned homes, such as this one in Little Egg Harbor, do not look as if they were damaged by Sandy. However, flooding has wrecked their interiors. Photo: Church of the Holy Spirit

[Episcopal News Service] People and places all along the Eastern seaboard were “like fish taken in a cruel net” (Ecclesiastes 9.12). In Tuckerton/Little Egg Harbor, our list of impacted families totaled one-third of our average Sunday attendance. Southern Ocean County, New Jersey had whole neighborhoods which were washed away. In the first days, we connected mostly with each other, providing reassurance that no one was alone and all were safe. Yet, in the face of that devastation and darkness, we quickly noticed another more positive net holding us tightly. We were held together, then and now, by “the kingdom of heaven (which) is like a net that was thrown into the sea” (Matthew 13.47).

People we knew; our bishop, clergy and parishes away from the storm, friends and family reached us immediately. Just as quickly, strangers, most bearing the name Christian, arrived in droves to help; others sent cash or things for our use. We were noticeably held in the bonds of love by the people of Jesus. We learned that existing relationships among the clergy and lay people from various churches formed a strong base for emergency response and long term recovery activity. 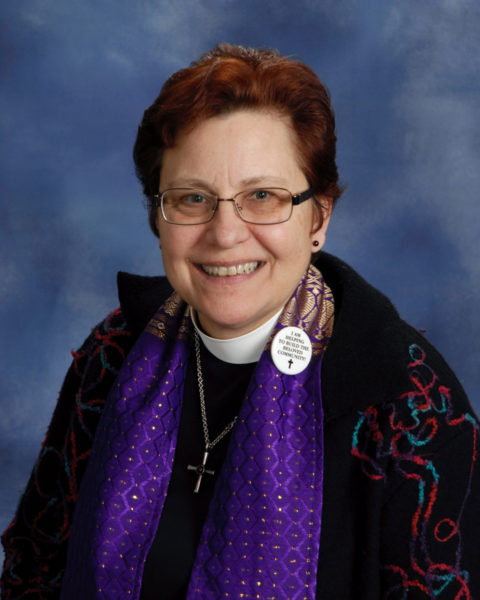 The Rev. Martha McKee is vicar of Church of the Holy Spirit in Tuckerton, New Jersey.

We saw that we could share the work: One church hosted visiting recovery teams and another took lunch out each day to the streets. Our church specialized in food; quickly reopening the food pantries and supplying food for workers. Congregations near and far supported our efforts, blurring denominational lines. We coordinated with the rector of the Church of the Holy Innocents’, Beach Haven to provide a place for that congregation to worship and plan. We saw that none of us, individually or as congregations, worked alone. We were part of a network created by Christ and worked out among his people.

Our area will be permanently changed by Superstorm Sandy. Many neighborhoods are largely vacant, increasingly plagued by crime. Families of renters have left the area, decreasing our school populations. Many elderly people were financially ruined by the loss of their home, which was their major asset. Stored possessions are being lost and damaged as time goes on.

Our experience of the kingdom bonds that hold God’s people together now informs the ministries of our congregation and other churches here. Long-term recovery/housing restoration in our area is being led by the Lighthouse Alliance Community Church. We are working together to see that the storm survivors in our area are able to live in their homes again. Substantial funding has flowed through the local ministerium from our diocese and Episcopal Relief& Development, the Presbyterian Disaster Assistance Program, Robin Hood Foundation and other sources.

Our annual CROP Walk was moved to October 27 with an intention to recognize the help we received this year. Through this walk, the Soles for the Harvest MGD event, and other actions; we are beginning to give back some of the care and money that was shared with us.

Five Episcopal churches in the Long Beach Island area have begun meeting to develop stronger support of one another. The next disaster will find us more closely connected to one another.

Our awareness of our kingdom connections is the greatest blessing of the past year. Mindful of the net of love that connects us, we are looking to improve our abilities to do the duty of all Christians: “….to follow Christ; …worship …work, pray and give for the spread of the kingdom of God” (Book of Common Prayer).

— The Rev. Martha McKee is vicar of Church of the Holy Spirit in Tuckerton, New Jersey.