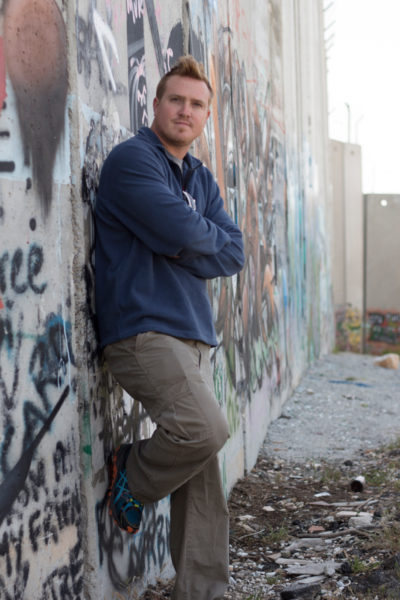 McCarty also lives with a passion for recording music and producing videos. His stage name is JFM3, for his given name, Joseph Franklin McCarty III. He said, “Recording music and video is an avenue where I can be real and transparent about what I’m passionate about.”

With this passion, and along with friends Paul V. Hernandez and Robert Russell, McCarty created Hope Sound. Hope Sound is an organization, a branch off of Hernandez and Russell’s company MystikMuzikProductions, that is fueled by the talents of the three friends and meant to shed light on people living in poverty throughout the world. “Hope Sound is still in the process of being formed, but I believe it has a lot of potential to help a lot of people. It’s meant to give them hope,” said McCarty.

Upon returning from Haiti this summer, the images of poverty resonated deeply with McCarty. He recalls driving through Port Au Prince and seeing the destructive conditions in which people live day to day. “Miles and miles of families live in tin houses smaller than most of our garages,” he said.

The mission team traveled to Haiti Children’s Rescue Missions, an orphanage which houses approximately 75 children. Most of the children living at the orphanage lost their family members in the January 2010 earthquake that devastated the country. While there, the team hosted a Vacation Bible School, built a basketball hoop and a swing set, built bunk beds, and were simply present with the children. “Witnessing these children enjoying themselves with us amidst the devastation gave me hope,” said McCarty.

McCarty returned home and carried the hope he had found into the next project for Hope Sound. “What I saw while in Haiti reminded me that, as Americans, we can all get too comfortable with our lifestyles and forget about our neighbors in need. But seeing the hope in the children’s eyes, I was also reminded that Jesus was resurrected and that death is dead,” he said. Longing to bring hope to the children and people he met in Haiti, McCarty wrote the song “A New Day,” and Hope Sound produced the video message.

The “A New Day” video is available here.

The mission of Hope Sound is to not only educate on poverty and bring our neighbors hope, but also to inspire support from those who feel called. For more information on Hope Sound, contact McCarty at josephfmccartyiii@gmail.com.

— Laura Shaver is the communications officer for the Episcopal Diocese of West Texas.