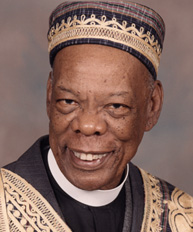 Requiem Eucharist is scheduled for 3 p.m. on Sunday, Sept. 29, at St. Philip’s Church, 2800 Stanford Avenue, Los Angeles. Bishop Chester Talton, bishop of San Joaquin and former bishop suffragan of the Diocese of Los Angeles, will preach the homily, and Bishop J. Jon Bruno will preside. A gathering with music will begin at 2:30 p.m.

Fields’ ministry in the Diocese of Los Angeles most recently included pastoral work at St. Philip’s, Advent, St. Mary in Palms, and Christ the Good Shepherd parishes, starting in the mid-1990s. In 2004 he was named an honorary canon of the Cathedral Center of St. Paul. In earlier years in Los Angeles, he was a member first of St. Philip’s and later St. John’s.

Fields was a member of the Order of the Holy Cross, serving for a time as assistant superior, in the 1970s. Under the auspices of the Order he held the positions of associate dean of students at UC Santa Barbara, and as the chancellor’s assistant for affirmative action at Washington University in St. Louis.

Cyprian Fields was born Aug. 28, 1924, in San Antonio, Texas. He was a graduate of Southern University at Baton Rouge, and the University of California at Santa Barbara. He held a licentiate in theology from the University of the West Indies’ United Theological College.

He is remembered for his pastoral gifts, wise counsel, advocacy for justice, and sense of humor.