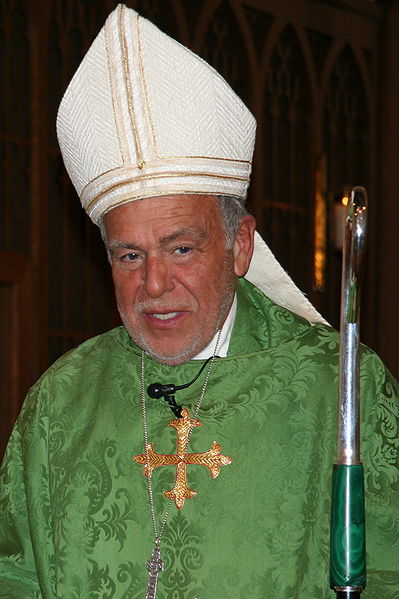 “I am very excited to join this wonderful parish and look forward to walking with the people of St. Paul’s during this time of transition,” said Bishop Jelinek. “St. Paul’s is an extraordinary parish known for its beautiful liturgy, nationally-recognized music program, and commitment to mission.”

Bishops do not ordinarily come out of retirement to lead a parish as interim rector, but the Bishop Jelinek said that he was called to do so because of St. Paul’s reputation.

Jelinek served for 17 years as Bishop in the Diocese of Minnesota from 1993 to 2010. Prior to that, he served as Rector at St. Aidan’s Church in San Francisco, California, and St. Michael and All Angels in Cincinnati, Ohio. A Wisconsin native, Jelinek is a graduate of Carthage College in Kenosha, Wisconsin, and The General Theological Seminary in New York City.

Jelinek’s position as a bishop played little role in his selection as interim rector. Rather, said Matthew Leddicotte, Senior Warden, “Bishop Jelinek’s energy and commitment to St. Paul’s future success was quite evident. We are excited to have him join us as Interim Rector.”

St. Paul’s is a healthy and vibrant urban parish, with robust attendance. In the coming weeks, Jelinek intends to meet as many parishioners as possible in small groups.

“The parish views celebration of Mass together as the heart of St. Paul’s community life,” noted Jelinek. “It is the lifeblood that keeps it going. That’s why it is so important to me to get to know the congregation.”

Working with the parish, Bishop Jelinek will help the congregation articulate what is important to the parish, and guide them through the core questions that will need to be answered during their search to call the next rector.

“When I first visited the congregation,” Jelinek explained, “I was deeply moved by the reverence of the liturgies, the beauty of the music, both very ancient and very modern, and the heartfelt participation of the congregation in the responses and in the singing. Few congregations, as a whole, sing with such fervor. The sense of community is very strong among this quite diverse group of people.”

St. Paul’s is a parish of the Diocese of Washington within the Episcopal Church, which is itself a member of the worldwide Anglican Communion.  The nationally-known parish is only one of a handful of Episcopal churches in the country to hold Mass 365 days a year, in addition to being one of only two parishes to hold the Anglican service of Evensong every week.