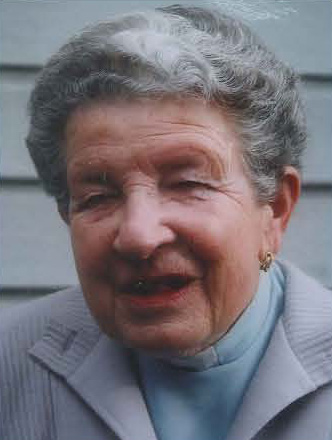 [Anglican Journal] The Rev. Patricia Reed, who made history by becoming one of the first six women to be ordained priests in the Anglican Church of Canada, died on Aug. 1. She was 93.

Ordained on Nov. 30, 1976, Reed served in the former diocese of Cariboo until her retirement.

She later moved to the lower mainland and settled in the parish of Saint Cuthbert, North Delta, “where she continued to live out her priestly ministry until her death,” said the Diocese of New Westminster website.

Before becoming a priest, Reed was a social worker. While working with children with special needs in Sacramento, California, Reed attended a lay readers’ course, “which awakened in her a desire to test a vocation to the ordained ministry,” said a Cariboo Contact article published in 1985.

Reed’s history “reads like a pilgrim’s journal,” the article noted. “In 1950, she graduated from UBC [University of British Columbia] with a degree in social work, and worked in that field in Vancouver through 1961.”

In 1961, after planning a six-week vacation in England, she ended up staying there to work as a social worker in Nottingham.

“Deciding to return to Canada, she did the unusual—a trip by freighter through the Panama Canal,” added the article. “Stopping off in Sacramento, California, to again visit friends, she ended up staying — this time for five years.”

Reed returned to Canada in 1973 to study at the Vancouver School of Theology. When she became assistant deacon at Quesnel in 1976, she did so with no expectation of becoming a priest since the church at that time did not yet ordain women.

The day she was ordained a priest by Bishop John Snowden at St. Michael and All Angels, Prince George, was “a moment of great joy for Pat…for the whole church of Canada,” said the article.

Reed served as rector at McBride and Valemont from 1978 to 1982; she later moved to St. Hilda’s, Savona, where she also had a regular sacramental ministry at Ponderosa Lodge in Kamloops.

She confessed “a great love” for ministry in small communities, for the outdoors, golf, sand and sea, said Cariboo Contact.