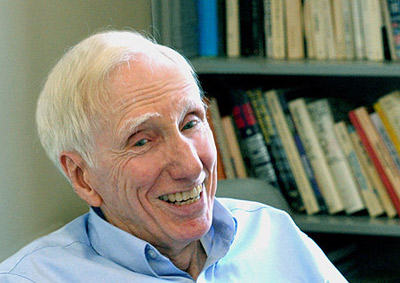 [Episcopal News Service] Robert Bellah, a sociologist and author who taught at the University of California-Berkeley, died July 31 of complications related to heart surgery. He was 86.

UC-Berkeley said in an obituary that Bellah was “widely known as one of the world’s most influential sociologists.” His books included Beyond Belief, The Broken Covenant, Habits of the Heart, The Good Society and Religion in Human Evolution.

He won early acclaim as a public intellectual with his 1967 essay “Civil Religion in America,” which examined how U.S. political figures use religious symbolism, according to the obituary.

“His writings were said to have irked both the religious right and the secular left at various times,” according to the obituary. “He was profoundly loved and respected by many of his students and peers.”

Bellah was a member of All Souls Episcopal Parish in Berkeley. Diocese of California Bishop Marc Andrus said Bellah’s Habits of the Heart “had a formative influence on me during graduate school.”

In 2000, then-President Bill Clinton awarded Bellah the National Humanities Medal. Clinton said Bellah “raised our awareness of the values that are at the core of our democratic institutions and of the dangers of individualism unchecked by social responsibility.”

In 2007, Bellah received the American Academy of Religion’s Martin E. Marty Award for the Public Understanding of Religion for having “helped shape the academic and public discourse on religion and morality in American society.”

Bellah was born in Altus, Oklahoma on Feb. 23, 1927. His father was the editor and publisher of the local newspaper in Altus. He died when Bellah was just two, and the family moved to Los Angeles. At Los Angeles High School, he began to read Marxist literature. After serving in the U.S. Army from 1945 to 1946, he entered Harvard University and assumed a leadership position in the John Reed Club, an affiliate of the Communist party, according to the UC-Berkeley obituary.

In 1948, Bellah married his high school sweetheart, Melanie Hyman, after she graduated from Stanford University. They went on to have four daughters. Melanie Bellah died in 2010.

A 2006 UC-Berkeley profile of Bellah is here.

Service arrangements are pending, according to the diocese.