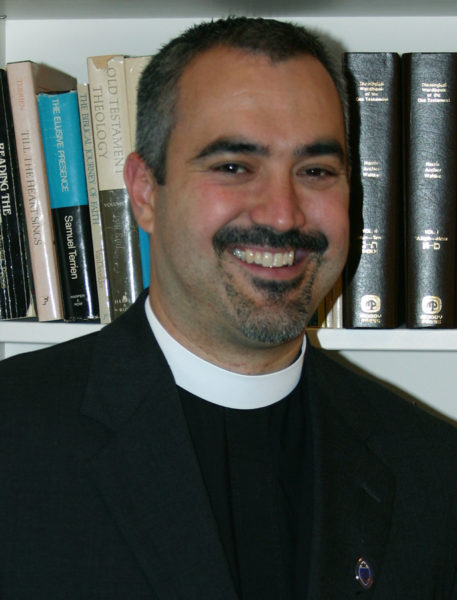 [Diocese of Kansas] The Rev. Craig Loya, who has been canon to the ordinary in the Diocese of Kansas since 2009 and served as a campus missioner for the diocese before that, has accepted a call to become dean of Trinity Episcopal Cathedral in Omaha, Neb., beginning Sept. 29. His last day on the Kansas staff will be Aug. 27.

In making the announcement Kansas Bishop Dean E. Wolfe said, “When you call people of great promise and excellence, we give thanks that they can be of service to the wider church. It is heartbreaking to let go of such a good colleague and friend, and yet we are thrilled for Craig, Melissa and Mari and believe they will exercise the same kind of outstanding ministry in Nebraska that they have here in Kansas. The move to Nebraska takes them closer to family and brings them back home.” Loya and his wife, Melissa Tubbs Loya, are natives of Nebraska.

In reflecting on his time in Kansas Loya said, “The years I have spent on the diocesan staff have been filled with grace and joy. I was a relatively new priest when I arrived in the diocese, and the shape of my priesthood has been largely forged by the joys, sorrows, blessings, challenges and just plain hard work that we have embraced together.”

The bishop praised the work Loya has done in the two positions he has held in the diocese. “Six and a half years ago when Craig came to fill the first Campus Missioner position that had been created as an innovative and creative approach to diocesanwide campus ministry, we knew he was a person of extraordinary gifts. He, along with the Rev. Susan Terry, put into place a dynamic model for campus ministry that now is being utilized in other parts of the church. His unswerving dedication and faithfulness helped him to excel in this ministry. Because of his outstanding service as Campus Missioner, he was appointed as Canon to the Ordinary early in his ministry. Not surprisingly, he worked very hard to master one of the most difficult positions in the Episcopal Church. Almost every parish and every priest in the diocese has benefitted from his good counsel and pastoral care during clergy transitions.”

Loya also serves as co-chair of the Task Force for Reimagining the Episcopal Church and was a deputy to General Convention in 2012.