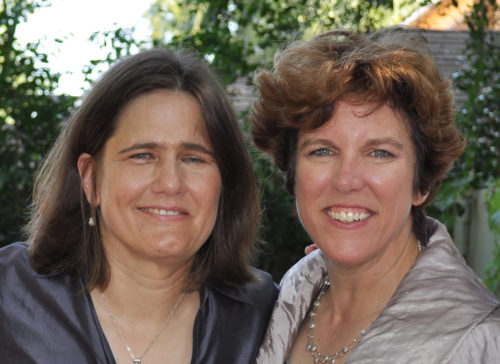 Janis Reid and Brenda Bos of Los Angeles were parked in front of the family television very early June 26, anxiously waiting to learn if the U.S. Supreme Court’s decision on California’s Proposition 8 and the Defense of Marriage Act (DOMA) would mean “that we’re no longer second-class citizens.”

The rulings came one day after their second anniversary, and it felt, oh, so sweet, said Reid, 50, a social worker.

Now, the couple, who had a commitment ceremony two years ago at All Saints Church in Pasadena, California, can’t wait to make their marriage “legal,” at least in the eyes of state and federal governments.

The high court ruled that Proposition 8, the state’s controversial voter-approved ban on gay marriage is unconstitutional and also struck down sections of DOMA which prevented same-sex couples like Reid and Bos from receiving family medical leave or retirement and other federal benefits.

“We’re hoping we can do it [get married] in the next couple of weeks,” Reid said during a telephone interview from her home shortly after Supreme Court decisions were announced.

Reid joined Episcopalians across the church in applauding the court decisions, which essentially gives gay couples the right to marry in California, and said same-sex couples are eligible for the same federal benefits as opposite-sex couples.

Bells pealed at Washington National Cathedral and elsewhere in a show of unity, the Episcopal Church presiding officers and some bishops issued congratulatory statements, while some dioceses and congregations announced interfaith and other celebratory services.

“The unmistakable movement toward civil marriage equality in the states over the past decade reflects the will of the people in those states to grant equal rights and dignity under the law to all married couples and families, and today’s decision will appropriately allow those families to be recognized under federal law as well,” she said in a statement.

“At the same time, the court’s withholding of judgment on the ultimate constitutional question of whether a state may ban same-sex marriage reflects the fact that this conversation will continue to evolve in coming years,” she added, referring to California’s Proposition 8.

“I trust that Episcopalians will contribute actively and faithfully to this conversation, particularly as our nation begins to discern the many practical implications of today’s decisions for areas of our shared life, ranging from immigration law to family rights.”

Similarly, President of the House of Deputies the Rev. Gay Clark Jennings said the rulings “will allow more people of all faiths to see what we in the Episcopal Church have seen for decades: Same-sex couples and their families are evidence of the goodness of God’s creation. They bless our congregations and communities immeasurably, and we have all learned from their steadfast love for one another and the evidence of God’s goodness that they show us.

“We are not done yet. We will not be done until the laws of the entire land and the whole church of God recognize the dignity of every human being and the equality of all faithful couples. Today, however, we are closer to the justice God calls us to seek.” 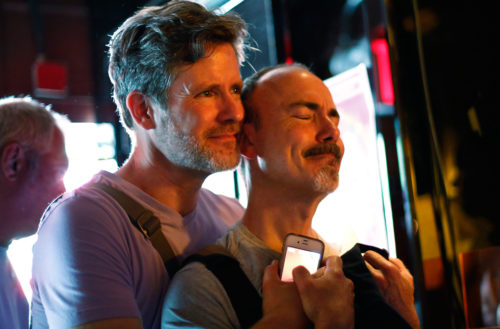 Patrons watch coverage of the U.S. Supreme Court ruling on the Defense of Marriage Act at the Stonewall Inn in New York June 26, 2013. The U.S. Supreme Court on Wednesday handed a significant victory to gay rights advocates by ruling that married gay men and women are eligible for federal benefits and paving the way for same-sex marriage in California. Photo: REUTERS/Brendan McDermid

In response to the high court rulings, Los Angeles Bishop Jon Bruno said: “Today we reaffirm that marriage equality does indeed mean marriage equality for all. This understanding is widely held within the Diocese of Los Angeles and endorsed by the larger Episcopal Church through its General Convention.”

“We rejoice at the repeal of DOMA’s discrimination against LGBT families, and we feel confident that Governor Brown and Attorney General Harris will act swiftly to restore marriage” for same-sex couples in California now that the U.S. Supreme Court action will allow the lower court’s decision to stand,” Bruno added.

Pastoral and liturgical support for same-sex couples “remains a priority in the Diocese of Los Angeles,” said Bruno, who five years ago formed a diocesan Task Force on Marriage to provide consultation and collaboration in this area. Meanwhile, Episcopalians at the churchwide level, responding to General Convention actions, formed a similar body and developed liturgies for provisional use.

Bishop Mary Gray-Reeves of the Diocese of El Camino Real (which covers parts of in northern and central California) told ENS that while she personally rejoices “that those who have waited so long to be joined in marriage may now do so, enjoying the same rights, social recognition and all-encompassing transition into deeper union one with another, as has been the privilege of heterosexual couples throughout history,” she also recognizes that some are joyous at the Supreme’s Court’s decisions and others are not.

“We continue to ‘set a broad table’ within the diocese, respectful of the diversity of intellectual and emotional responses regarding the lifelong commitment of same-sex persons in the union of marriage and the church’s place in blessing those relationships,” she said, adding that diocesan clergy know they have permission to perform marriages for same-sex couples as soon as they are legal, but that “no clergy person is required to perform any marriage they feel is not appropriate, or which compromises their own moral or theological beliefs.”

The Rev. Susan Russell, a gay activist and former president of Integrity USA, hailed the rulings as historic but lamented that they came a day after the court struck down portions of the 1964 Voting Rights Act.

“As a California priest and pastor I rejoice that my church can now offer both equal blessing and equal protection to the couples who come to us for marriage,” Russell, a senior associate rector at All Saints, Pasadena, said in a statement.

“As an American citizen I am proud that my country is continuing to evolve toward that “more perfect union” where liberty and justice applies to all – not just some – Americans. And as an activist committed to the audacious goal of full equality for LGBT Americans I am celebrating today’s rulings as incremental victories toward that not-yet ‘mission accomplished’ goal. We did not get the whole enchilada – but there is enough guacamole for me.”

However, the organization Protect Marriage, which supported the controversial proposition, said in a statement posted on its website, that they “will continue to defend Prop 8 and seek its enforcement until such time as there is a binding statewide order that renders Prop 8 unenforceable.”

Proposition 8
Reid and others expressed surprise that the court, by a 5-4 majority, rejected Proposition 8 on the basis of legal standing rather than dealing directly with the issue of gay marriage, but said they were grateful for the outcome nonetheless.

“It’s interesting that they [the justices] threw it out based on the standing issue rather than just deciding it, but I’ll take what I can get,” Reid said.

The court held that the supporters of the gay marriage ban did not have the legal standing to appeal a lower court decision rejecting the measure as unconstitutional.

California voters approved Proposition 8 by a slim margin Nov. 4, 2008. The ballot measure restricted marriage to opposite gender couples only. It was similar in wording and intent to the previous Proposition 22, which 61 percent of state voters approved in 2000, but on May 15, 2008 the California Supreme Court ruled that the measure was unconstitutional.

A month later, the court denied the request for rehearing by opponents of gay marriage. Between June 19 and Nov. 4, 2008, some 18,000 same-sex couples legally married in California.

After voters approved the measure by a 52.3 percent to 47.7 percent margin in November 2008, two same-sex couples, Kristin Perry and Sandra Stier of Berkeley, and Jeffrey Zarrillo and Paul Katami of Burbank, sued the state and local county clerks, who oversee marriage licenses, because Prop. 8 prevented them from marrying.

On Aug. 4, 2010, U.S. District Court Judge Vaughn Walker overturned Proposition 8, in Perry v. Schwarzenegger, ruling that the ballot initiative violated the U.S. Constitution. He issued an injunction against enforcing it, and a stay pending appeal; the decision was upheld by the Ninth Circuit Court of Appeal. Prop. 8 supporters appealed to the U.S. Supreme Court, which heard oral arguments in the case on March 26, 2013.

However, recent polls have indicated that public opinion has shifted since 2008, when voters approved Proposition 8 by a vote of 52.3% to 47.7%. Nearly six in 10 California voters favor same-sex marriage, according to a recent Los Angeles Times poll.

In the day’s first historic decision, the high court struck down, 5-4, a section of the Defense of Marriage Act, or DOMA, that denies federal benefits to same-sex couples, like Social Security, family medical leave or the ability to file income tax returns jointly.

Kennedy authored the majority opinion, concluding that DOMA’s principal act is to identify and make unequal a subset of state-sanctioned marriages. He was joined by Bader Ginsburg, Breyer, Kagan and Sotomayor. Roberts, Scalia and Alito all filed dissenting opinions. Thomas joined Scalia’s dissent in whole and parts of Alito’s opinion.

Diocese of Eastern Michigan Bishop Todd Ousleyhailed the ruling, saying “I join with my fellow Episcopalians in rejoicing that the Supreme Court of the United States has ruled unconstitutional the Defense of Marriage Act, paving the way for equality under the law for all expressions of covenantal love. I pray that the State of Michigan will quickly follow suit.

DOMA was enacted Sept. 21, 1996 and is a federal law restricting federal marriage benefits and required inter-state marriage recognition only to opposite-sex marriages in the U.S. The law passed both houses of Congress by large majorities and was signed into law by President Bill Clinton on Sept. 21, 1996. President Barack Obama and the Department of Justice have refused to defend it in court; the Republican leadership instead took up the charge, prompting justices to question if they had standing to defend the law in court.

Focused on upholding families, all families
At St. Margaret’s Church in Palm Desert, in the Episcopal Diocese of San Diego, the Rev. Lane Hensley, rector, said that rather than focusing the conversation on who should or shouldn’t be married, the focus should be on upholding families.

“How does the church answer its call to be a place that upholds couples together in their life together in Christ?” he said during a telephone interview from his Palm Desert office. “If a couple says we are committing ourselves to each other, it’s not mine either to give permission for that or to declare it is or isn’t a marriage if they say it is. The church’s job is to hold the couple up, to witness their vows and help them uphold those vows.”

Hensley announced St. Margaret’s will begin celebrating same-sex marriage ceremonies using a rite adapted from the blessing ceremony approved in August 2012 by the General Convention for trial use in the church.

He had already turned to the task of practicality, hosting a 7 p.m. forum June 27 to discuss the local impact of the court rulings.

Other services were planned throughout the country, including a 7 p.m. June 27 evening Service at St. John’s Pro-Cathedral in Los Angeles with Bishop Suffragan Mary Glasspool as guest preacher.

Meanwhile, Reid said she had no illusions that full equality will happen overnight.

Just filling out forms at the school attended by her 16-year-old son Joshua — whom the couple is adopting through the foster care system — are a reminder “that you are not normal.

“But,” she added that, “today’s decision is one more crack in that wall toward total equality. It’s a slow progression, but every battle moves us closer to that.”