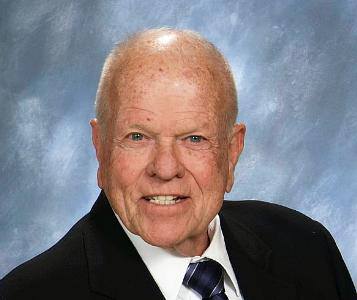 Mr. Lenney faithfully served the community for 60 years, inspiring everyone he taught to reach their greatest potential, in music-making and in living life honorably. Mr. Lenney began teaching in Cranford during the 1952-1953 school year and served as music teacher, Director of Choral Activities at Cranford High School, and Supervisor of Music for the entire district. A tradition of excellence in singing was established under his leadership, and each year numerous students were selected from his choir to participate in the New Jersey All-State Choir, a tradition that continues to this day. After retiring from Cranford Public Schools in 1988, Mr. Lenney served on the faculty at Kean University and was their Interim Coordinator of Music Education from 1998-2001. He has held music positions at numerous churches in the area, but since 1983, for the past 30 years, he has served at Trinity Episcopal Church in Cranford as Choirmaster and Organist.

Mr. Lenney was predeceased by his mother, Majorie R. McNamara Lenney. Mr. Lenney is survived by his life partner, James Pulliam. A special thanks goes to Rev. Gina Walsh-Minor for her care and counsel, and all those who shared the love of singing cultivated by Jim.

Memorial gifts to honor his service and memory may be made to the James Lenney Choral Excellence Scholarship Fund, Cranford High School. It was a life well-lived, promoting and supporting the choral art in our youth.