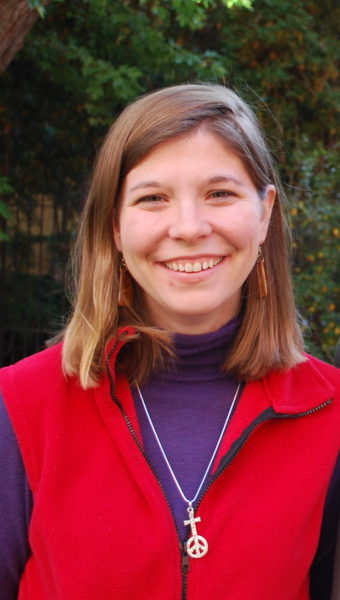 [Episcopal Peace Fellowship press release] For the first time in its 74-year history the Episcopal Peace Fellowship (EPF) will have both its executive director and chair of the group’s National Executive Council (NEC) in their early 30s. After serving one year as interim, the Rev. Allison Liles will become executive director and the Rev. Jessie Vedanti, a four-year NEC member, will chair the EPF board of 17 peace activists from across the U.S. beginning officially on September 1, 2013.

“This is the culmination of a long and thoughtful transition process toward young and vibrant leadership of EPF. I am grateful to all those who have worked together to take this giant step into our future. EPF is in good hands!” said outgoing board chair Dr. Linda Gaither who has led the board for four years and resides in Ithaca, New York.

“I look forward to building an even better EPF and enhancing our commitment to peace and other social justice issues – always with an emphasis on bringing more and more young adults into our fellowship,” said Liles.

“I strongly believe in Taking the Gospel to the Streets and anticipate we will be developing more opportunities to do exactly that from coast to coast in the coming years,” said Vedanti.

Liles and Vedanti were active in the EPF movement during their seminary years and share other similar experiences. 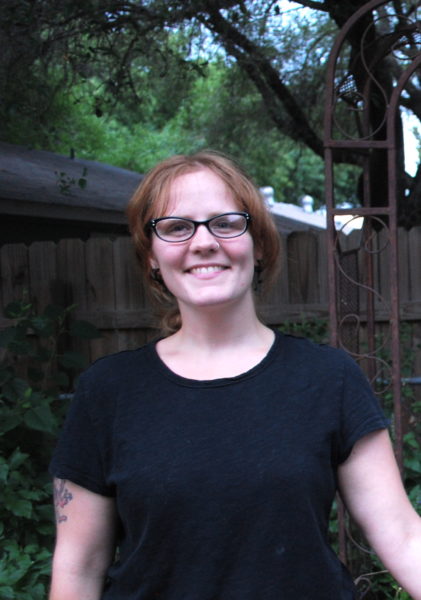 Jessie Vedanti will chair the Episcopal Peace Fellowship board.

Both led EPF chapters during their seminary studies – Liles at Virginia Seminary and Vedanti at the Episcopal Seminary of the Southwest. Both attended General Conventions through the EPF Young Adult Presence – Liles in 2006 and Vedanti in 2009 and 2012.

Liles joined the EPF National Executive Council in 2006 – her ordination year – and was vice chair for public witness for three years before Vedanti assumed that leadership earlier this year.

Vedanti created an interfaith street ministry to Occupy Austin and led two EPF Urban Pilgrimages for Young Adults that explored immigration and homelessness issues in Austin. Vedanti is vicar of St. Anne Church in Washougal in the Diocese of Olympia

The Episcopal Peace Fellowship has championed peace, nonviolence and social justice issues since its founding on Armistice Day 1939.