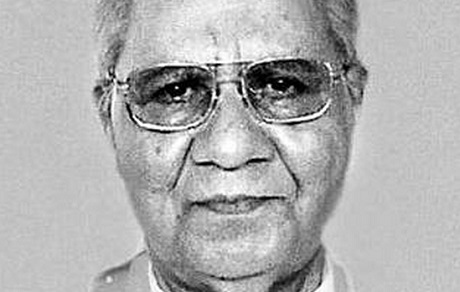 [National Council of Churches in India press release] The Most Rev. I Jesudasan of the Church of South India (CSI) passed way in Trivandrum on June 16 at the age of 88.

A dynamic leader, Bishop Jesudasan was the first person in Kerala to ordain women. Also an academician, he served as principal of the Kerala United Theological Seminary. He is to be credited with the formation of many ministers and ministries. He will also be remembered for his compassion work in various capacities through care-giving ministries both local and international. He served as deputy moderator of CSI for two years (1980-1982), and as moderator for six years (1982-1987), during which time he strived and succeeded in bringing about several changes that contributed to the integrity of the church at all levels. Notable among his many contributions at the international level were his involvement with the Central Committee of World Council of Churches (WCC) and the Anglican Consultative Council (ACC).

He leaves behind two sons and their families. We express our heart-felt condolence and pray that God would comfort the family with His Peace. We thank God for the life and leadership of Bishop Jesudasan. It is a great loss to, not only the CSI, but to other ministries who found themselves embraced and encouraged by his vision and work. May we be inspired to continue our ministry tasks with the faithful dedication and passion so beautifully exemplified in the life of Bishop Jesudasan.

The funeral was held June 18 at 10 a.m. in the LMS Compound, Trivandrum. A memorial service was held at 4 p.m.