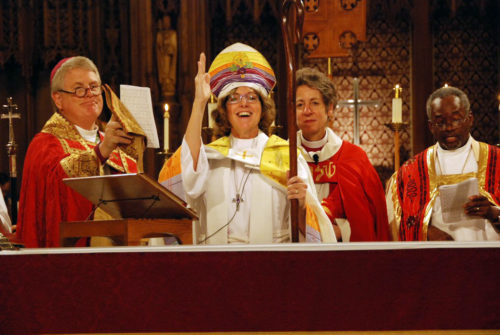 More than 1,400 people attended or participated in the service, held in the historic Duke Chapel on the campus of Duke University in Durham. Hodges-Copple, formerly the rector of St. Luke’s Episcopal Church, Durham, was elected Jan. 25 out of a field of five candidates during the diocese’s annual convention.

As bishop suffragan, Hodges-Copple will assist North Carolina Bishop Michael Curry in leading the diocese into what he has termed “21st-century Galilee,” or the diverse modern world in which we live.

Hodges-Copple ministry will focus especially on higher education, young adults, Spanish-speaking communities, the ordination process for the diaconate, companion diocese relationships with Costa Rica and Botswana, ecumenical and interfaith work, and pastoral care of retired clergy and their spouses.

Hodges-Copple previously served as the Episcopal chaplain at Duke University; the assistant to the rector at St. Luke’s; the director of battered women’s shelters in Wake, Orange, and Durham counties; and a community organizer in Massachusetts and Kentucky. 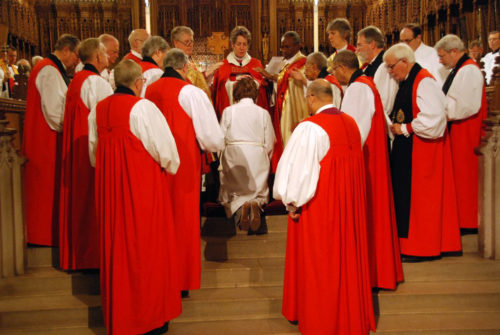 The service featured many important symbols of Hodges-Copple’s office: her brightly colored vestments, for example, display images of water, grain, grapes and wind and serve as expressions of sacramental life. The handmade walnut crosier she received belonged to the Rt. Rev. Huntington Williams, Jr., bishop suffragan of North Carolina from 1985-1989. The crosier is a gift from Williams’ family. 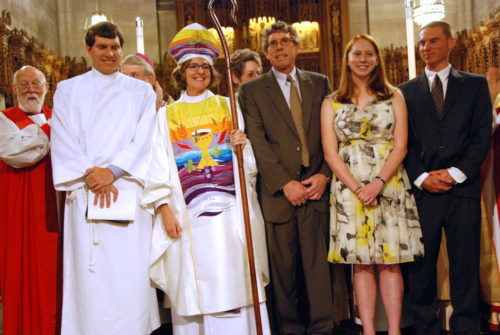 Duke Chapel also holds special significance for Hodges-Copple. She attended Duke University as an undergraduate and sang in the chapel choir. She later served as the Episcopal chaplain at Duke from 1992 until 2005.

Watch a video of the complete service here.