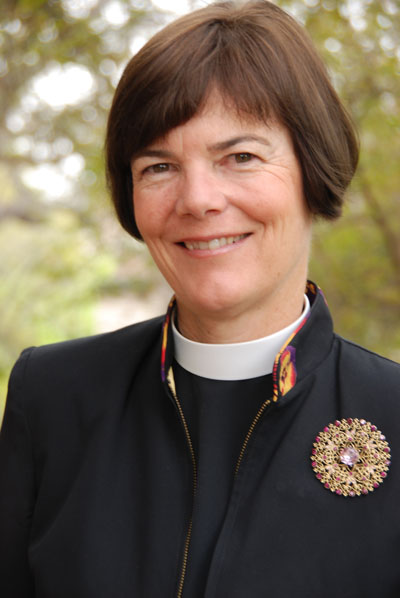 The Rt. Rev. Dena Harrison, chair of the board and bishop suffragan of the Diocese of Texas, announced the board’s appointment of Dr. Kittredge in March when Douglas Travis made known his plans to retire after leading the seminary since 2007. “On behalf of the board of trustees, it is my great joy to announce the Rev. Dr. Kittredge’s appointment as our eighth dean and president. She is the perfect person to lead the seminary at this time, and we are extraordinarily blessed to have her gifts and talents devoted to our institution and its faithful service to the church,” said Bishop Harrison.

Martha J. Horne, dean and president emerita of Virginia Theological Seminary, will preach at Dr. Kittredge’s installation onFriday, September 13 in Austin. Horne was the first woman appointed president of an Episcopal seminary, and Kittredge is the third. Katherine Hancock Ragsdale is president and dean of Episcopal Divinity School, which she has led since 2009.

Dr. Kittredge holds degrees from Williams College and Harvard Divinity School where she earned a Th.D. in 1996. She was ordained priest in 1985 and is canonically resident in the Diocese of Texas. She has served as assisting clergy at Episcopal Church of the Good Shepherd since 1999.

Dr. Kittredge’s research has centered on early Christian communities, Paul’s letters, the Fourth gospel, and hermeneutics. She has published Community and Authority: The Rhetoric of Obedience in the Pauline Tradition and Conversations with Scripture: The Gospel of John and co-edited Walk in the Ways of Wisdom: Essays in Honor of Elisabeth Schüssler Fiorenza and The Bible in the Public Square. She contributed “Biblical Studies for Ministry: Critical and Faithful Interpretation of Scripture in an Either/Or World” in Transforming Graduate Biblical Education: Ethos and Discipline, Kent Richards and Elisabeth Schüssler Fiorenza, eds., Society of Biblical Literature.