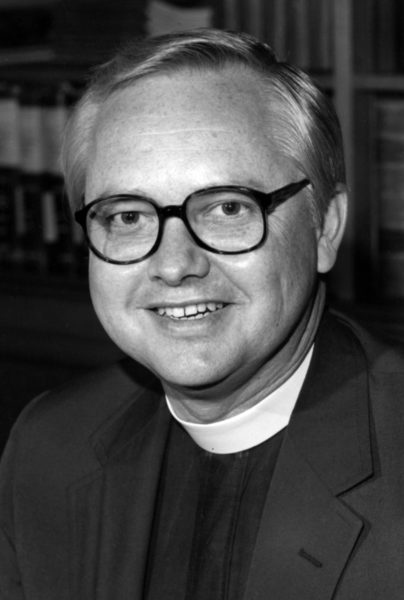 [Episcopal News Service] The Very Rev. Robert G. (Bob) Oliver, a former dean of the American Cathedral in Paris, died April 26 in Atlanta, Georgia. He was 83.

Oliver was ordained to the priesthood in the Diocese of Florida in 1960. He was rector of two mission congregations in Georgia and North Florida. He then served as a canon of St. John’s Cathedral in Jacksonville, Florida; rector of Holy Innocents’ in Sandy Springs, Georgia; and dean of St. Andrew’s Cathedral in Jackson, Mississippi.

He became dean of the American Cathedral in Paris in 1974.

In 1979 he was called to St. James’ Episcopal Church in Los Angeles, where he served as rector until 1990 when he retired and moved back to Georgia.

He earned a degree in Labor Economics from the University of Florida, and then became a line officer in the U.S. Navy. He served aboard an aircraft carrier and later at the Navy Pre-Flight School in Pensacola, Florida.

He was a member of the Order of St. John of Jerusalem; the Southern Academy of Letters, Arts and Sciences; the Newcomen Society; the English Speaking Union; and Beta Theta Pi (a social fraternity). He was a companion of the Order of the Cross of Nails at Coventry Cathedral (he was associated there during a 1965 sabbatical in England).

During his tenure at St. James the parish built an apartment complex for seniors, St. James’ Manor, in 1985.

Oliver is survived by two nephews.

A graveside service will be held at 11 a.m. on Saturday, May 4, at Oaklawn Cemetery in Jacksonville, Florida.

A service celebrating Oliver life is planned for a future date to be held at Canterbury Court Community in Atlanta, Georgia.