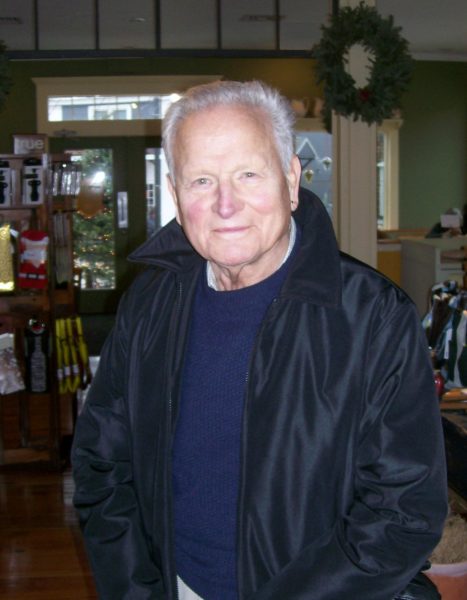 At the age of 13 in Miami, with the help of his father, he started a small printing business producing grocery store flyers and business cards. Together they built the lean-to onto the garage that housed the press, type and related accessories. When he went to college at Eastern Nazarene College in Quincy, Massachusetts, he fell in love with New England, spurring an abiding interest in U.S. colonial history that scrutinized Jefferson and celebrated Hamilton among others.

After graduating with bachelor’s degrees in history and theology, he chanced to attend an Episcopal church service at the Church of the Advent, which he said opened his eyes to a form of Christianity that delighted in the human spirit. It changed his life. He earned a Master of Divinity degree in 1955 from the Episcopal Divinity School in Cambridge, Massachusetts, and was called to his first Episcopal church in Millis, eventually becoming the managing editor of the national publication The Episcopalian with the encouragement of editor-in-chief Henry McCorkle.

The magazine gave him the opportunity to travel to the Philippines, Japan, and Israel, and to join his mentors and dear friends (and C.S. Lewis scholars) Chad and Eva Walsh in England (with an extraordinary visit with C.S. Lewis himself). Ed’s thorough familiarity with the writings of Lewis allowed him to identify Lewis’s work under a pseudonym. This demonstration of scholarship prompted Lewis’s publishers to entrust Ed with the publishing rights to Lewis’s work for Seabury Press.

Ed’s love of technology and classical music led him to start the do-it-yourself magazine The Audio Amateur, for those who wanted to build or improve their own audio systems. He successfully grew the business to include Old Colony Sound Lab and other publications including Speaker Builder and Glass Audio. He sold the business, now AudioXpress, when he reached the “retirement age” of 88.

He was widely recognized for his business acumen and commitment to excellence, most recently as a recipient of the Legend of Business Award by the Peterborough Chamber of Commerce. Ed believed in doing what you truly love, an excitement for exploring ideas, and a delight in whimsy which he instilled in his children, Chad (with Eleanor Novek of Neptune City NJ), Heather (Pat Langley of Athens IL) and Sara Dell (David Ijaz of Chicago IL) who will miss him.

Ed deeply enjoyed the friendship and fellowship of Community Suppers at All Saints’ Church; donations in lieu of flowers appreciated.

The memorial service will be held at All Saints’ Episcopal Church, March 9 at 11 a.m. with reception at 11:45 a.m. at Reynolds Hall at 51 Concord Street in Peterborough, New Hampshire.