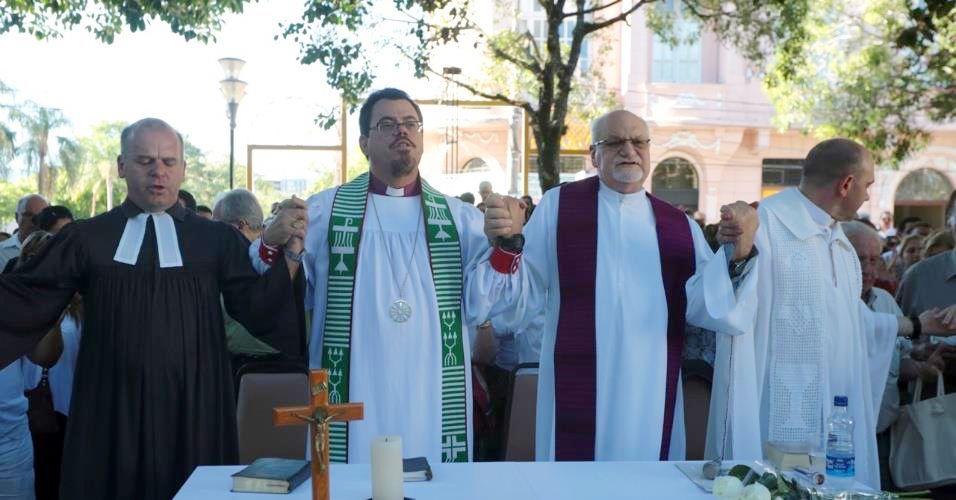 [Igreja Episcopal Anglicana do Brasil] On Sunday, Jan. 27, the Episcopal Anglican Church in Brazil (IEAB) woke to the tragic news that the entire country is still struggling with—in the early hours of the morning at a nightclub in the city of Santa Maria in the state of Rio Grande do Sul, a raging fire claimed the lives of 230+ persons, the majority of them young people and students.

Santa Maria is home to the headquarters of the Diocese of Sul-Ocidental of the IEAB. According to its Bishop Francisco de Assis da Silva, the location of the nightclub is in close proximity to the Episcopal cathedral in Santa Maria. Bishop Francisco was immediately available for pastoral support, even as families dealt with the painful task of identifying the victims.  The local community of faith sprang into action, reaching across denominational lines to organize an ecumenical service of remembrance for the victims, and offering pastoral support to the families in mourning.

Articles from earlier this week are available at the following link (in English) on the IEAB’s website: http://ns.ieab.org.br/2013/01/29/solidarity-with-the-victims-of-the-tragedy-in-santa-maria/ as well as at the ecumenical Latin American & Caribbean Communication Agency: http://www.alcnoticias.net/interior.php?codigo=23348&lang=688.

— Nina Boe is serving in Brazil through the Young Adult Service Corps program.