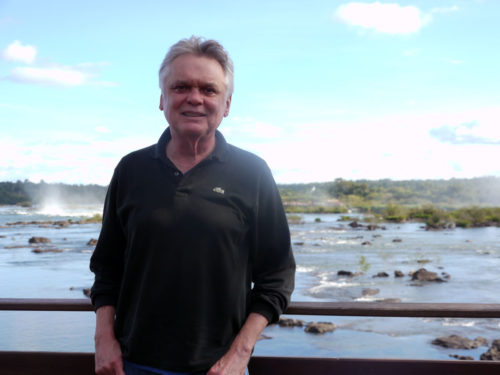 [Grace Cathedral] Michael Tedrick, a longtime and well-loved cathedral congregant, died the afternoon of Wednesday, January 9, 2013. Michael served as missionary to Jerusalem, to Liberia, and most recently to our companion diocese in Curitiba, Brazil.

Michael Tedrick was born November 17, 1943, in Ohio. A San Francisco resident since 1979, Mr. Tedrick was a partner in the interior design firm Tedrick & Bennett Incorporated. A graduate of Ohio University with a Bachelor’s Degree in Fine Arts, he did post graduate work in Venice, Italy, on the adaptive use of a deconstructed church and monastery to serve as a cultural center. Tedrick was a lieutenant in the United States Navy Reserve. He was an American Red Cross volunteer and spent one month in Southern Mississippi following Hurricane Katrina. He also volunteered at Zen Hospice Guest House and later at Laguna Honda Hospital. Tedrick made pilgrimages to the Holy Land and Nicaragua with groups from Grace Cathedral, and in 2006 was sent to Jerusalem by the Department of World Missions of The Episcopal Church as a missionary to Jerusalem, working as a teaching assistant at St. George’s Anglican College. He traveled extensively throughout the Middle East. Subsequently, Michael served the Church in Liberia and in Brazil.

The Funeral Requiem will be held at 2 p.m. on Wednesday, January 23, at Grace Cathedral, with a reception to follow.