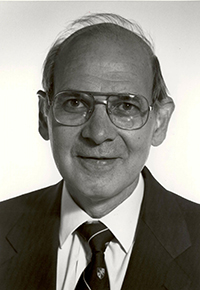 [Episcopal News Service] Dr. Diogenes Allen, a distinguished scholar in the field of the philosophy of religion, and the Stuart Professor of Philosophy emeritus at Princeton Theological Seminary, died on Jan. 13, 2013, at the age of 80 in hospice care at Chandler Hall, Newtown, Pennsylvania.

Before joining the Princeton Seminary faculty, he taught at York University in Ontario, Canada, from 1964 to 1967. He also was a visiting professor at Drew University and at the University of Notre Dame during his career.

Allen’s scholarly interests focused on the philosophy of Leibniz and Simone Weil, and on the spirituality of Simone Weil, Blaise Pascal and George Herbert. A prolific author, he wrote books that contributed both to the world of scholarship and to the lives of practicing Christians and church leaders. His major volumes include Theology for a Troubled Believer (2010); Spiritual Theology: The Theology of Yesterday for Help Today (1997); Nature, Spirit, and Community: Issues in the Thought of Simone Weil (1994, with Eric O. Springsted); Quest: The Search for Meaning through Christ (1990); Christian Belief in a Postmodern World (1989); Love: Christian Romance, Marriage, and Friendship (1987); Primary Reading in Philosophy for Understanding Theology (1992); Philosophy for Understanding Theology (1985); Mechanical Explanation and the Ultimate Origin of the Universe According to Leibniz (1983); Three Outsiders: Pascal, Kierkegaard, and Simone Weil (1983); Traces of God in a Frequently Hostile World (1981); Between Two Worlds (1977); Finding Our Father (1974); The Reasonableness of Faith (1968); and Leibniz’s Theodicy (1966). He also wrote many articles in academic publications, and lectured regularly as guest lecturer at colleges, universities, and seminaries.

It was as a caring teacher that many Princeton students and graduates, and members of churches across the country, knew Allen. He was an ordained minister in the Presbyterian Church (USA), ordained in 1959 at Windham Presbyterian Church in Windham, New Hampshire. He was pastor of the Windham church from 1958 to 1961 and served several interim pastorates during his lifetime. Throughout his life, he regularly preached, taught adult education classes, and led retreats in congregations, a ministry that was as important to him as was his teaching in the classrooms of Princeton Seminary. With the media department of Princeton Seminary, he published a number of video resources and study guides based on his books to help congregations talk about topics from love and marriage to friendship, from suffering to sin. These included video series titled Love: Christian Romance, Marriage, and Friendship; The Significance of Suffering; Temptation; and Eight Deadly Thoughts.

Dr. M. Craig Barnes, the president of Princeton Theological Seminary, was a beneficiary of Allen’s teaching. “Over thirty years ago I had the high privilege of being one of Professor Allen’s many students,” he said. “He had a wonderful gift for teaching us how to turn critical thinking into a spiritual practice.”

Allen, who was ordained as an Episcopal priest in 2002, was a priest associate at All Saints Episcopal Church Princeton after his retirement. He was a friend of the monastic Episcopal Sisters of the Community of the Holy Spirit in New York City.