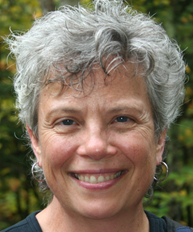 [Episcopal News Service] A number of years ago I helped plan a church event that despite our best efforts attracted only a handful of people. Afterwards one of the other organizers consoled me by saying: “Remember, Jesus said feed my sheep, not count my sheep.”

That’s surely a wise statement, for we should focus on individuals, not statistics. But we do keep count, don’t we, both in our local parishes and in the national church? And there’s no denying that over the past 50 years, the Episcopal Church has had a steadily declining number of people in its pews.

During the Episcopal General Convention in July, New York Times columnist Ross Douthat wrote a piece asking “Can Liberal Christianity Be Saved?” His thought-provoking essay led me to his book Bad Religion: How We Became a Nation of Heretics. The book is meant to generate debate on both the left and the right, for no matter what your denominational or political leanings, there’s something to offend everybody in his critique.

Of liberal-leaning churches like ours, Douthat writes, “[They have] burned their candle at both ends, losing their more dogmatic parishioners to more fervent congregations and their doubters to the lure of sleeping in on Sundays. Any institution that calls human beings to devotion and self-sacrifice needs to justify that call.”

That last sentence gets to the heart of our problem, I think. What is it that justifies the call to our church? What makes us different than a social club, a political party, or a service organization? What feeds our spirits, draws us out of our comfort zones, and challenges us to be better people? Where is the transcendent in our church?

I thought of Douthat’s critique when I spoke to an Episcopalian recently who told me how she’d grown up in a conservative denomination, one that she was happy to have left behind forever. “The thing I like about the Episcopal Church,” she said, “is that you can believe and do whatever you want.” 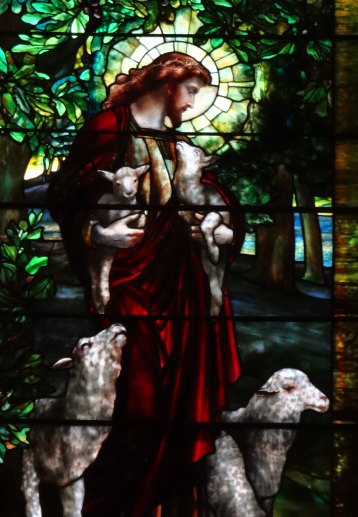 Jesus tending (but not counting) his flock. Photo/Lori Erickson

In one sense, of course, her statement is right. The Episcopal Church respects individual conscience. We value the importance of questioning, debate, and skepticism. But her comment also made me wince. If we take our Christian faith seriously, we can’t believe or do anything we want. The church is not a cafeteria buffet line.

Located in a left-leaning university town, my home church loses few parishioners to more conservative denominations. But we have too

many who simply drift away because there’s not enough to anchor them in our church. I must admit that on some Sundays I envy them their leisurely mornings spent with a stack of newspapers and cups of coffee. Their spiritual-but-not-religious orientation looks mighty inviting: listening to NPR’s “On Being” with Krista Tippett and reading the occasional book on spiritual topics, they don’t have to deal with the messy and often-frustrating aspects of parish life.

Given this, it’s not surprising that one of the fastest growing categories in surveys of American religious belief is the “nones”—people unaffiliated with any organized religion. A religious studies professor who spoke at our church last year put the problem this way: the biggest challenge facing the Episcopal Church, he said, is to keep people from “thinking their way out the door.”

We want to keep people thinking, certainly, but we also need to realize that rationality alone is an arid and lonely path. And I think we need to resist the urge to accept our declining numbers, dismissing those who have fallen away by saying that they weren’t the right kind of Episcopalians anyway. We need to pay more attention to thoughtful outside commentators like Douthat as well as those within our church offering critiques from both ends of the political and theological spectra.

I speak as one who came relatively late to the Episcopal Church. I came back to Christianity after a long time away because I was drawn to the traditions, liturgies, and intellectual challenges of Anglicanism. I respect its mysteries and paradoxes and its commitment to social justice. I don’t want this church to become a kind of boutique denomination:  small, exclusive, self-congratulatory, and increasingly irrelevant.

— Lori Erickson writes about inner and outer journeys at http://www.spiritualtravels.info/.  She serves as a deacon at Trinity Episcopal Church in Iowa City, Iowa.