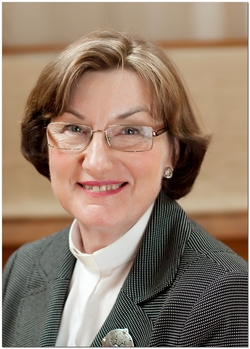 [Anglican Diocese of Melbourne] The Venerable Alison Taylor, Melbourne’s archdeacon for international partnerships and vicar of St. John’s Anglican Church Camberwell, has been appointed to lead the Southern Region of the Diocese of Brisbane as Queensland’s first woman bishop.

She will succeed incumbent Bishop Geoff Smith, who will serve as general manager of the Brisbane diocese from early next year.

Taylor says that while looking forward to the new appointment, she is sorry to leave St. John’s Camberwell. “I will be sad to leave the people of St. John’s, but I’m confident they will soon find a new vicar to lead them into their 150th anniversary year in 2013,” Taylor said.

Her senior appointments following ordination have included chairing Anglican Overseas Aid (formerly Anglicord). In 2009, Taylor was personally invited by Archbishop of Canterbury Rowan Williams to be a member of the Steering Group for the newly created international Anglican Alliance for Development Relief and Advocacy. Taylor also has served as archdeacon of Kew in the Eastern Region of Melbourne.