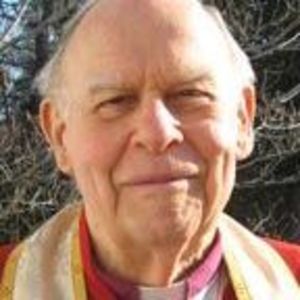 Haynsworth died Nov. 24 after suffering a heart attack the day before. He lived in James Island, South Carolina.

The service for the burial of the dead will be held in the chapel at the Bishop Gadsden life care retirement community in Charleston. Diocese of South Carolina Bishop Mark Lawrence is scheduled to preside and retired South Carolina Bishop C. FitzSimons Allison will preach. Haynsworth assisted Allison. (Lawrence has been restricted from exercising his ministry since Oct. 15 after the Episcopal Church’s Disciplinary Board for Bishops certified to Presiding Bishop Katharine Jefferts Schori that he had abandoned the Episcopal Church “by an open renunciation of the discipline of the church.” The restriction is a canonically required part of the board’s process.)

Burial will follow at the Church of the Holy Cross in Stateburg.

Haynsworth was born in Sumter and began college at the Citadel in 1940 but was called into active duty during World War II. He later graduated from the Citadel. He received a theological degree from the University of the South in 1949. He was ordained a priest in 1950. He served as a priest in South Carolina and Savannah, Georgia. In 1960 Haynsworth began missionary work serving people in El Salvador, Guatemala, Honduras and Nicaragua.

He was ordained missionary bishop of Nicaragua in 1969. He also served as bishop in charge of El Salvador. Upon returning to the United States he served as executive for world mission in church and society at the Episcopal Church Center in New York. He was called to become assistant bishop of South Carolina in 1985 and served until 1990.