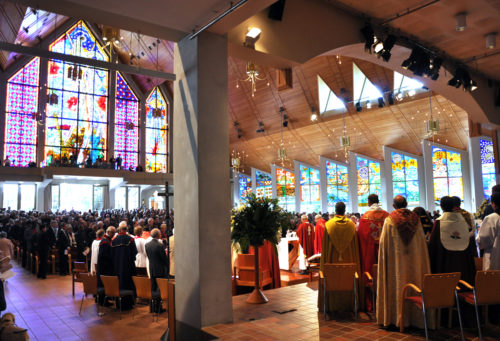 [Episcopal News Service — Auckland, New Zealand] Archbishop of Canterbury Rowan Williams asked an overflow crowd at Holy Trinity Cathedral here Oct. 28 (local time) to pray that the members of the Anglican Consultative Council and all Anglicans would rediscover what it means to live out of the knowledge that God loves the world “without reserve and without condition.”

A podcast of Williams’ sermon is available here and a transcript is here.

The Eucharist came on the second day of the ACC’s Oct. 27-Nov. 7 meeting and was conducted in Maori, Tongan and English. Archbishops William Brown Turei, David Moxon and Winston Halapua, the three archbishops who lead the Anglican Church in Aotearoa, New Zealand and Polynesia’s three tikanga, presided. 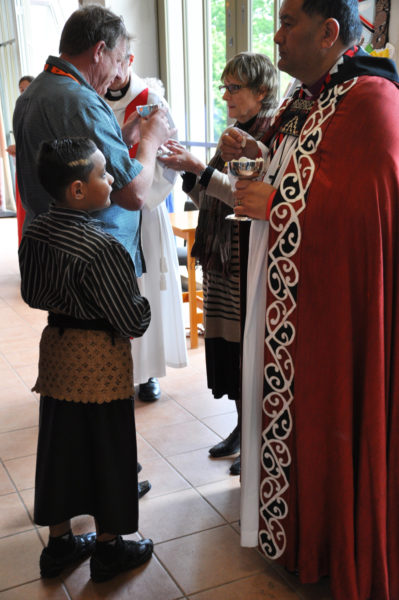 The liturgy included traditional music as well as church music more oriented to Aotearoa New Zealand. Benedicté Aotearoa, for example, called on “you maori and pakeha, women and men, all who inhabit the long white cloud: All you saints and martyrs of the South Pacific” as well as “dolphins and kahawai [salmon], sealion and crab, coral anemone, pipi [mollusks] and shrimp … kiwi and sparrow” to “give to our God your thanks and praise.”

Preaching on the day’s Gospel reading (John 15:17-27), Williams cautioned the congregation not to misinterpret Jesus’ words about the world hating those whom he has chosen as a simple dichotomy of the world hating Jesus and thus hating the church. Instead, he said, the passage contains “a very sharp challenge to the church; it’s not just about being able to console ouselves when people don’t like us.”

That challenge, he said, is posed in the idea that the world’s love is conditional and is meant only for people who belong, “who are like you.” But the love embodied by Jesus and “the friends of Jesus” is meant for everyone, not reserved only for like-minded people.

Thus, he said, the challenge to the church is about “rethinking love, rethinking belonging,” instead of simply choosing who may belong based on whether they are well-liked and whether they can be expected to like us. 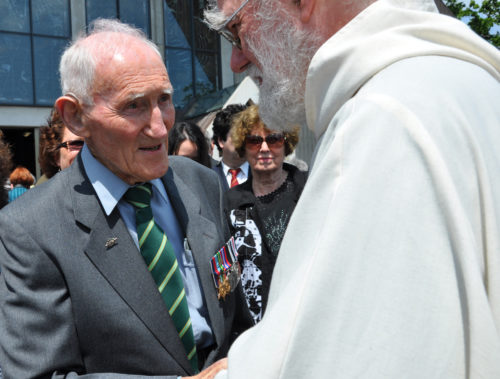 “We’ve got to go out and create more and more belonging with people who don’t belong,” the archbishop said, adding that the church must “unreasonably extend our welcome, our compassion, our joyful understanding to the entire world and live with the admittedly very messy consequences of that.”

Williams said that the “Anglican family” gives thanks for the example of the Church in Aotearoa, New Zealand and Polynesia’s “struggle and achievement that Anglicans here have managed in holding together a deep sense of belonging … with each other and with the wider world.”

Williams suggested that the church and its members can meet the challenge the Gospel presents by remembering that Jesus reminds his friends at the Last Supper that they have been with him from the beginning. “The beginning,” Williams said, is meant to be the beginning of time, not just the beginning of Jesus’ ministry.

Thus the whole world and all its inhabitants are equally bound together in the “immense mystery of God’s outpouring of himself in creation and in redeeming love,” he said, and there can be no division between the church and the world because “our identity, our destiny, our calling is held in that eternal act.”

“It’s not that the love of God rewards us for what we do. It’s that the love of God makes us what we are. Our task is not to make ourselves loveable … our job is to create the belonging that God’s word wants, to bring online, to kindle into flame everywhere around us the acknowledgment of an unreasonable, universal, overwhelming love. That’s what the church is for.” 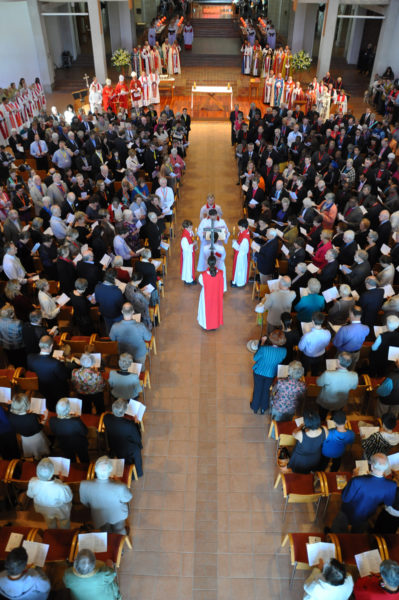 “The church is whatever in us says ‘yes’ to the reckless love of God, that reaches out in mission,” Williams said. That “yes”, he said, can be an antidote to the human tendency of “constantly trying to retreat from the awful implications of the Gospel.”

The archbishop asked those present to pray that the ACC and all Anglicans will in the coming days have a “rediscovery as Anglicans of that mysterious sense of being there from the beginning,” and of the consequent commonality of having been enveloped in God’s “causeless” love from the very beginning.

If Anglicans can recover that sense, “then our wonderful, quarrelsome, diverse, untidy Anglican Communion will testify in the spirit of truth that comes from the Father,” Williams concluded.

Formed in 1969, the ACC includes clergy and lay people, as well as bishops, among its delegates. The membership includes from one to three persons from each of the Anglican Communion’s 38 provinces, depending on the numerical size of each province. Where there are three members, there is a bishop, a priest and a lay person. Where fewer members are appointed, preference is given to lay membership.