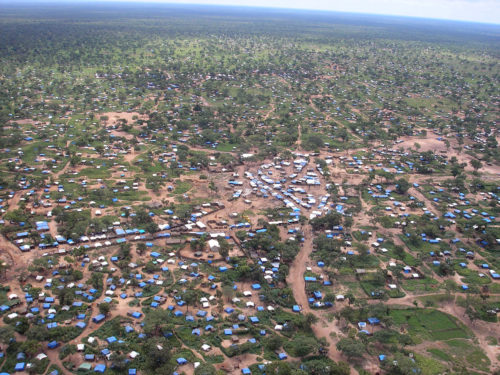 [Episcopal News Service] Yida, the largest refugee camp in South Sudan, stretches for miles. It is home to more than 64,000 of the 206,000 refugees from the Republic of Sudan who have fled the bombing and violent attacks against civilians by the Khartoum government since June 2011. Yida camp itself was bombed Nov. 10, 2011, killing 12 refugees.

Only 20 kilometers from the volatile border between Sudan and South Sudan, Yida camp sees a constant stream of nearly 200 new refugees a day, coming from the Nuba Mountains region (South Kordofan State) in Sudan. Rebel groups in Darfur, South Kordofan, and Blue Nile states have united against the Khartoum government’s army, Sudanese Armed Forces (SAF), which indiscriminately attacks rebels and civilians in those areas.

“They kill everybody, Christians and Muslims. They burn houses, churches, and schools. They kill people. They drop bombs. Just two days ago soldiers came to my area [in the Nuba Mountains] and killed one person and burned houses,” said the Rev. Ameka Yousif, a pastor who has lived in Yida camp since February. “[In the Nuba Mountains] when people see the planes, they run and hide. Bombing is happening almost every day.” 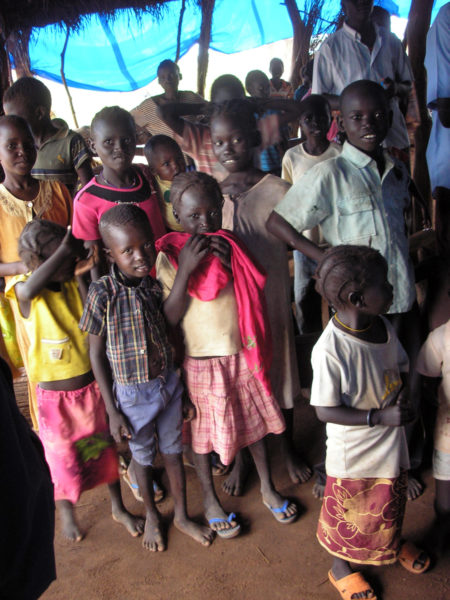 Yida camp continues to grow, as attacks on the Nuba Mountains by the SAF have increased in intensity during the past month. The U.N. expects as many as 90,000 people to occupy the camp by the end of the year.

In January 2011, a referendum was held in which citizens of what was then southern Sudan decided overwhelmingly to secede from the north and become an independent nation. Six months later on July 9, 2011, the Republic of South Sudan was born. The referendum was specified in a Comprehensive Peace Agreement (CPA) — signed in 2005 between the north’s Khartoum-based Government of Sudan and the south’s Sudan People’s Liberation Movement — that ended a decades-long civil war that killed more than 2 million people and displaced an estimated 7 million more.

Although conditions on the ground have improved in much of South Sudan since the referendum, fighting along the border, especially in disputed areas, has intensified.

From some villages in the Nuba Mountains, entire communities have moved to Yida, Yousif explained. “But some people refuse to leave, they say ‘this is my place, I will die here.’”

Four thousand members of the Episcopal Church of the Sudan’s Diocese of Kadugli now reside in Yida camp. They have four churches organized in different parts of the camp, and seven priests. The ECS churches are made up of many tribes worshiping together. They support one another in prayer, and help the most vulnerable among them, especially the widows and orphans.

“The church is growing, I baptized 40 new believers last month,” said the Rev. Ali Haroun, head pastor for ECS in Yida. When asked why people were flocking to the church in this desperate place, Haroun said, “They see how we care for one another.”

“The food ration, four tins of sorghum per person per month, it is not enough,” said Yousif. “People trade some of their sorghum for salt and soap, and then their ration finishes before the month. Grinding is also expensive, so many people are just chewing the grains.”

There are several medical stations in Yida where people can receive care, but the lines are long.

“Sometimes people can stand all day and be told to come back the next day. The next day can be too late for them,” said Kukuri Mathias, a nurse and ECS member. 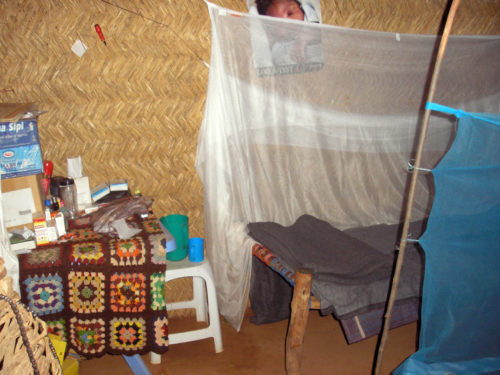 The free health clinic run by the Episcopal Church of the Sudan at the Yida Refugee Camp. Photo/Robin Denney

There are seven certified nurses and six nurse assistants who are ECS members in Yida. In response to the desperate need for medical care, they run a free clinic. They set up a simple grass structure with two beds where they can admit people. With donations from the refugees, they sent someone traveling for three days by foot through flooded territory to reach Pariang, the nearest town to Yida, to buy medicine. These medicines have now finished.

Because Yida is classified as a transitory camp, the United Nations refugee agency UNHCR does not provide assistance for agriculture or education. Desperate for more food, the refugees in Yida have planted around their homes seeds they brought with them from the Nuba Mountains, but the tools available to them are few and far between. Desperate for education, refugees have organized community schools, with volunteer teachers. Most of the teachers have not been trained, and supplies are so few that more than a hundred people cram around a small blackboard. These make-shift schools service only a small fraction of those who desire education. 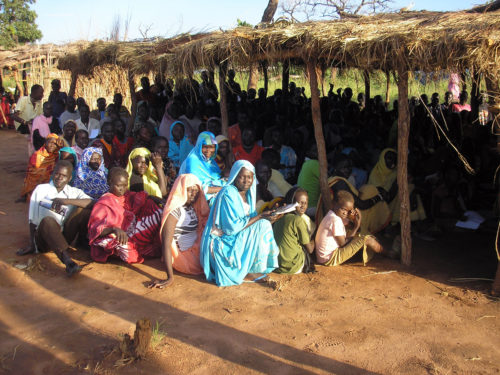 “My first priority is education, and second is agriculture,” Bishop Andudu Adam Elnail, bishop of Kadugli diocese, which includes Nuba Mountains, reported after his recent visit to Yida camp. Most people from the Diocese of Kadugli have been displaced either into the camp or into the mountains.

The cathedral and diocesan buildings in the Kadugli diocese were burned by government forces more than a year ago. They also sought to kill the bishop, but he was traveling at the time for medical treatment in the U.S. While there, he testified before the U.S. House of Representatives Subcommittee on Africa, saying, “If I were not here today to testify before you, I do not know whether I would be in a mass grave in Kadugli now.”

The civil war in Sudan reaches beyond the Nuba Mountains, including Darfur, and Blue Nile state as well. Approximately 655,000 Sudanese have been displaced from Blue Nile and South Kordofan States.

Former U.N. Coordinator for Sudan, Mukesh Kapila, said that the current conflict in South Kordofan is even worse than the famous Darfur genocide which began in 2003. Video evidence found by the rebels and released by Al Jazeera shows government soldiers being instructed to leave no one alive. Evidence of mass graves has also been gathered by the Enough Project. Because U.N. and humanitarian organizations have been banned from the area by the Khartoum government, there are not solid numbers regarding casualties, many thousands have died. But it is clear that urgent action is needed from the international community to curtail the violence and ensure humanitarian assistance.

— Robin Denney from the Diocese of El Camino Real was an Episcopal Church missionary in Sudan from 2009-2011 and served as an agriculture consultant to the Episcopal Church of Sudan. She recently returned to South Sudan to visit some of the church’s agriculture projects and the Yida Refugee Camp.