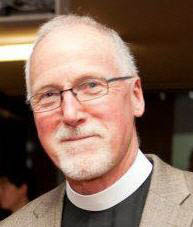 [Episcopal News Service] When describing Governor Jerry Brown’s recent veto of California’s immigration reform bill, my bishop nailed it: “The governor’s veto seems at odds with his core values as manifested in his allegiance with causes of justice. We (religious leaders) hope the governor will return to the best of what he has been in the past.”

Because of confusion–and sometimes racial profiling–on the part of local law enforcement, the Secure Communities Program has torn apart countless families in California, deporting immigrant parents, sometimes leaving small children stranded here. As a result of this flawed program, undocumented immigrant parents drop their kids at school in the morning with no guarantee they will be able to pick them up at day’s end; immigrants now fear that any conversation with police–even to report a crime–could lead to deportation; and victims of domestic violence suffer abuse in silence, afraid to call police.

The Secure Communities Program has resulted in 80,000 deportations in California alone, 70 percent of which involved only minor offenses or none at all. In many cases a person has ended up in deportation proceedings after being pulled over simply for a broken tail light. Even U.S. citizens have been deported because of errors in immigration’s database.

These are but a few of the reasons our recent General Convention called for the Secure Communities Program to be stopped altogether.

The TRUST Act would have worked around this program’s many problems by specifying more clearly   the type of person state and local police can hold for deportation. The person would have to be either convicted of a felony or charged by the district attorney with a criminal offense.

Sadly, Governor Brown chose not to sign this bill. His alleged reasons for the veto do not accurately portray the provisions of the bill itself. Nor do they acknowledge the extensive two-year conversation with his own office that preceded the bill’s passage by the state Legislature. His decision means that pain and fear must now remain part of the life of every undocumented immigrant in California.

Our scriptures say much about immigration. There are words from Leviticus: “When an alien lives with you in your land, do not mistreat him. The alien living with you must be treated as one of your native-born. Love him as yourself, for you were aliens in Egypt.” And words like these from our greatest teacher: “When I was a stranger, you welcomed me.”  These teachings have shaped the core values of Governor Jerry Brown, a former Jesuit who once marched with the United Farmworkers and ministered to the dying alongside Mother Theresa.

Had Governor Brown acted from such values, he would have used this moment to alleviate the unbelievable pain and fear in the immigrant community.

My bishop, the Rt. Rev. Marc Andrus, is right. The core values of our tradition that once led Jerry Brown to bold dramatic stands for justice should have led him in this moment to listen to California’s increasingly vulnerable immigrant community. Had he done so, he would have signed the TRUST Act that is critical to the survival of their families.

— The Rev. Richard Smith is priest associate at the Episcopal Church of St. John the Evangelist in San Francisco, in the Diocese of California.