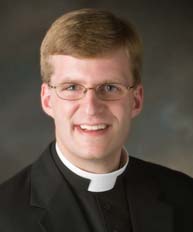 [Episcopal News Service] A movement toward structural reform captivated the 77th General Convention. Scores of resolutions were proposed to reshape our means of governance, and some people went so far as to propose a constitutional convention at which we would simply start again, tabula rasa. The General Convention wisely resisted the temptation to rewrite our canons overnight, but the special task force on structural reform will also need to proceed carefully.

Consider three examples of reform in the last hundred years:

• A century ago, the principal worship experience of most Episcopalians was Morning Prayer; it is now Holy Eucharist. The 1979 Prayer Book inaugurated this change by defining Holy Eucharist as “the principal act of Christian worship on the Lord’s Day and other major Feasts.” However, in many of our congregations, Holy Eucharist has become a semiweekly, if not daily, celebration. Canonical reform inaugurated this major transformation, but it has continued to evolve without canonical prompting.

• A century ago, it was anathema to suggest that lay people would assist with the administration of Holy Communion. The General Convention rejected the idea of lay assistance nine times between 1931 and 1964. Male lay readers were not allowed to serve the chalice until 1967, women until 1969, and those who were not lay readers until 1976. The chalice-only requirement was not removed until 1988, and the requirement that there be an insufficient number of clergy present was not removed from the canons until 2003, although it remains to this day in the rubrics. For 36 years, the canons have tried to keep pace with an ongoing evolution in our customs, and the present variance between the canons and the rubrics reminds us that we have not succeeded.

We know that we want a structure that is more nimble and responsive, but we do not yet know what that structure looks like. The goal of the special task force must be creating space for the Episcopal Church to evolve organically.

What the special task force must not do is attempt to legislate a new system of governance that it thinks will magically transform us into a more effective, more efficient, more nimble organization. Choosing that approach will mean spending the next half-century tinkering with our canons in a futile attempt to keep pace with an ongoing revolution.

The 20th century has left in our care an Episcopal Church profoundly different from the one our grandparents knew, and our present conversations will have an equally transformative effect on the Episcopal Church that we leave to our grandchildren. The challenge for our special task force on structural reform is designing a structure that leaves room for organic growth. The challenge for the church will be finding the courage to live for a while in the ambiguity of an ongoing revolution.

– The Rev. Alexander H. Webb II (“Sandy”) is associate to the rector at St. John’s Episcopal Church in Roanoke, Virginia. Prior to attending Virginia Theological Seminary, he worked as a lay professional in the General Convention Office at the Episcopal Church Center in New York and as an intern in the Office of Government Relations in Washington, D.C.