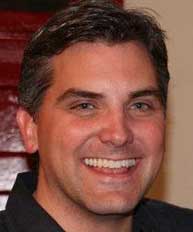 [Episcopal News Service] The church where I grew up in Chicago is celebrating its 150th anniversary. The Maryland church I serve as rector was established in 1638. My home church was the neighborhood’s Old First Church and it had a sense of place, but St. George’s in Valley Lee has an entirely different rootedness – an historic church and cemetery; truly sacred ground. Many families here trace their membership in the Episcopal Church back centuries, some to the colony’s original settlers. It’s a foolish priest who forgets that many folks are as connected to this church as they and their people are wedded to this particular land.

Every congregation has its own personality, its own DNA. It’s important to know the story, and there are plenty of methods to help. But there’s a fine line at which many of those methods cross over into manipulation. It may be more pronounced in a congregation a few decades shy of 400, but I suspect it’s true across the church. Becoming cognizant of the system and one’s role in it isn’t the same as changing it. Overall, I’m not convinced, given the literature, that the focus of congregational development always begins and ends with an appreciation for a church’s health, even if it’s not the kind consultants prescribe.

Don’t get me wrong: I know there are troubled congregations. I also know there are troubled individuals. But what the historian A. G. Dickens said of creed-writing could be applied to congregational development: “Above all, let [us] impose as little as possible of any man’s corrupt and arrogant imagination.” Beyond the cases of definitively abusive relationships in which power and Christian values are mangled – clear causes for changing a congregation – I think we need a new approach to knowing one’s story.

When I first met the parish I serve, I fell in love with its story and character. The parishioners act in ways that, sometimes, are unusual to me but my perspective is different. That’s why I spend a lot of time listening and, when most situations turn out to be different, not bad, I run with it and learn from God through them. In a church that’s been here nearly as long as English settlements in the New World, it’s fruitless and arrogant to suggest that they should become a mission-statement-driven, pre-canned organization. For one, that’s not going to happen. For another, there’s quite profound health in a church like St. George’s, although it’s been seldom detected nor loved into its greatest potential.

I’m afraid there are too many congregations that have been told to change before they’ve been understood. They’ve heard: “You’re not what we want.” Congregational-development thinking that is good, but hardly universal, has been uncritically consumed. With sensitive listening and more objective analysis, one could see the majority of our congregations as OK, if not vibrant. The numbers are against us, especially in this economy, but solving the numbers problem only involves a willingness and boldness to re-deploy assets and avoid falling mindlessly into past models. That’s easy. And it’s something we can do, repositioning assets and roles in order to respect a congregation’s DNA.

So here’s a proposal: let’s replace the mechanical, manipulative baggage of “congregational development” with something more identifiably faith-based and promising. In a world in which people aren’t seeking a church organization but, rather, a profound spiritual experience of community with others and communion with God, let’s focus on growing the Body of Christ.

Let’s take Christ’s Body to where the world has already shifted. Once we stop probing and start listening to our congregations, we’ll have energy and resources left over to bring God’s Good News into those coffee shops and empty store-fronts and after-school ministries and pubs. Perhaps the key to unlocking mission is merely re-orienting our attention, which sounds a lot like what Jesus said about the Kingdom of God.

– The Rev. Greg Syler is rector of St. George’s in Valley Lee, Maryland, co-chairs the Collaborative Ministries Exploration Group of Region 6 of the Diocese of Washington.