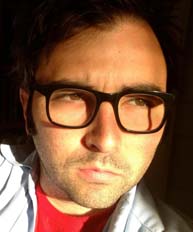 [Episcopal News Service] With the Summer Olympics underway, we’ll be hearing and reading a steady stream of stories extolling diversity. Beginning with the opening ceremony, in which athletes from each country parade around a track before taking their positions alongside fellow competitors, the games provide a visual metaphor for the way many Americans think of diversity. We dress up in costumes, act impressed by our differences and surprised by our similarities: we stand next to each other for a while — always smiling and waving — and then we go home.

Those of us in the Episcopal Church, however, know that the reality is never so tidy. Diversity is difficult. It calls for acknowledging — and learning to live with — our differences. This can be messy and uncomfortable; disagreements and divisions occur regularly and we are perpetually at risk of falling apart altogether.

This issue of diversity is one of the reasons that, as Ross Douthat of The New York Times recently pointed out, typically homogeneous evangelical megachurches often thrive while mainline denominations, many of which, like the Episcopal Church, have taken up the charge of diversity and inclusiveness, have seen their attendance numbers steadily decline. While no one disputes the numbers, not a lot of people seem to question whether attendance should be used as a measurement of a church’s vitality, as Douthat suggests.

It should not. The Christian message is inherently countercultural. While the Gospel provides respite for people who struggle and suffer, it also challenges the status quo. The Episcopal Church, in particular, has become famous (and in some places infamous) for ruffling feathers as it strives to wider open its doors — from its active role in the struggle for civil rights in the 1960s, to its decision to ordain women in the 1970s and more recently its acceptance of LGBT persons, the church’s efforts to embody Jesus’ model of radical inclusion have each been met with resistance and strain. Over time, as these efforts have led to desertions and divisions, they have also resulted in the increasing diversity of the Episcopal Church, making it a place where those who have been denied access elsewhere are welcomed.

The process of opening hearts and minds is difficult, but challenging the status quo has always been a fundamental facet of true Christianity. And, at times throughout church history, persecution and death, not sparsely populated pews, has been the consequence.

I don’t worry about declining church attendance; in fact, in the parishes I’ve been a part of, I haven’t seen it. But where it is happening, let’s not assume it’s the result of failure, let alone of an attempt by the church to merely “adapt itself to contemporary liberal values,” as Douthat suggests. Rather, attribute the Episcopal Church’s declining attendance to the fact that true diversity, the kind that welcomes differences and looks for sparks of the divine in others, can feel uncomfortable at best and undesirable at worst.

While for three weeks every couple of years the Olympic Games model a kind of glossy-sheen diversity, wars still rage over what seem to be irreconcilable differences that threaten to permanently rend humanity. And yet, in the midst of this strife, many find the Episcopal Church to be that rare place wherein a common faith compels us to learn to live with our differences, to become, if not at ease then at least at peace with the grey, and to model a kind of counter-cultural diversity that we believe will find its completion in Kingdom Come.

— Jonathan D. Fitzgerald is a college educator and editor at Patrolmag.com. His work has appeared in The Wall Street Journal, The Washington Post, Christianity Today, Religion Dispatches,The Huffington Post, Killing the Buddha, and Sojourners. He is a member of St. James’s Episcopal Church in Cambridge, Massachusetts.