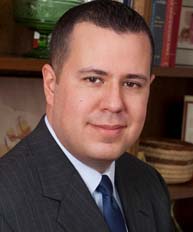 [Episcopal News Service] As the director of the Episcopal Church’s Office of Government Relations in Washington, D.C., there is never a day in which I do not think about the Israeli-Palestinian conflict. Meetings with policymakers, consultations with other advocates for peace with justice (religious and secular), communication with our church in Jerusalem, and conversations with other Episcopalians committed to advocacy all might be part of a typical day.

One of the sentiments I hear most frequently from colleagues and friends is frustration with the fact that the peace process is undeniably stalled and that conditions for those living with the conflict are worsening. That’s a frustration I share. What is the game changer, we all ask, that will get this process unstuck? What can we do that we aren’t already doing?

The recently completed General Convention provided some exciting and hopeful answers to those questions. In looking at what the deputies and bishops did (and elected not to do), I see a promising pathway for the Episcopal Church to magnify the strength of its voice in the new triennium.

First, let’s look at what the convention did. By a nearly unanimous margin, bishops and deputies passed Resolution B019, which calls for a triennium of intense teaching, learning, and advocacy around the conflict. The Episcopal Church has been at this work for 30 years, and our resolutions have been clear in what we support: a two-state solution in which a secure and universally recognized Israel, the homeland for the Jewish people, lives alongside a free, viable, and secure state for the Palestinian people, with a shared Jerusalem as the capital of both states. Our task now is to enlarge the number of Episcopalians committed to working, through advocacy, toward that vision becoming a reality. Resolution B019 gives us a plan for how to do that, and my office is already working to live into that plan.

As one bishop pointed out to me after final passage of the resolution, we just witnessed something nearly unprecedented in the past three decades since the General Convention began addressing this subject: bishops and deputies from a variety of viewpoints on the Israeli-Palestinian conflict coming together enthusiastically and vocally in favor of a single resolution that calls for all Episcopalians to join the conversation. Equally importantly, the resolution calls for us to invite others into the conversation: Palestinians, Israelis, Jews, Muslims, and other Christians. There are to be no outcasts in the conversation, and all voices are welcome on equal terms. I can attest firsthand how rare this kind of genuine dialogue and listening is in practice, and also how fruitful it is when it does take place.

One other very important theme comes out of this very important resolution: investment of our own treasure in the Palestinian economy, and commitment to visiting, and being in partnership with, the Anglican Church in Israel and the Palestinian territories. The Anglican Bishop in Jerusalem, Suheil Dawani, a Palestinian from the West Bank, along with the Palestinian government, have repeatedly stressed the need for outside investment and the creation of economic infrastructure in the occupied territories in order to allow Palestinians to prepare for the creation of a future state. The Episcopal Church has recognized this before, but Resolution B019 gives new and important flesh to the concept.

Finally, it’s important to note what the General Convention declined to do. The House of Deputies overwhelming rejected a move to endorse boycott and divestment of Israel and the study of two documents that have been criticized by some – including the Episcopal Church’s chief operating officer, Bishop Stacy Sauls – as theologically problematic in their portrayal of Judaism. One deputy noted that these steps would have been “conversation stoppers” and that we can’t create a broader base of understanding and support for a just peace if we can’t successfully bring people to the table. Another deputy noted that economic punishment of Israel, which Bishop Dawani and the Palestinian government both have criticized, could end up hurting the Palestinian economy, as it is fundamentally intertwined with Israel’s.

(One other short resolution, C061, calling for recommitment to our church’s existing support of shareholder dialogue on issues related to the conflict was passed by deputies but tabled in the House of Bishops after multiple bishops expressed a fear that some of its language could create a future pathway to boycott, divestment, and sanctions against Israel.)

Taken together, the actions of the General Convention send a clear message that the Episcopal Church is serious about its support for a just and peaceful two-state solution, and serious about bringing new people to the table. For 30 years, we have been unambiguous about what we believe a just peace will look like. Now we are unambiguous about how to build broad-based support for that vision throughout our own communities.

As Bishop Dawani has reminded us, it is the obligation of Christians who care about Israeli-Palestinian peace to “work together with people of other faiths to encourage the politicians to put politics aside and meet midway, where all people are equal: the marginalized and the powerful, the poor and the wealthy, men and women, children and the elderly, regardless of faith or social status.”

I’m proud that the General Convention chose to live into that obligation.

— Alexander D. Baumgarten is director of the Episcopal Church’s Office of Government Relations in Washington, D.C.