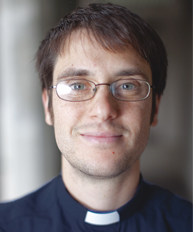 [Episcopal News Service] In the wake of General Convention’s adaptation of liturgy for same-sex blessings, electronland has been abuzz with opinion pieces about the future of mainline Christianity in the United States. The New York Times, in particular, provoked some controversy July 14 with Ross Douthat’s piece “Can Liberal Christianity Be Saved?” in which he ties declining Sunday attendance in the Episcopal Church to the erosion of “traditional” Christianity, as apparently evidenced by our continued recognition of gay and lesbian people as people.

Showing little understanding of historical Anglicanism, Douthat writes that the Episcopal Church “still has priests and bishops, altars and stained-glass windows. But it is flexible to the point of indifference on dogma, friendly to sexual liberation in almost every form, willing to blend Christianity with other faiths, and eager to downplay theology entirely in favor of secular political causes.” The problems with Douthat’s analysis, as put forth here by Diana Butler Bass, range from false causal assumptions and factual inaccuracies, to a lack of understanding about just what Anglicanism is—a nondogmatic tradition of common prayer.

Writing in the Huffington Post, the Rev. Winnie Varghese, of New York City, penned one of the best replies to the Times piece, writing that “liberal and progressive Christians believe…[that] those liberation movements from the 1960s on… were right, and [that] our church should change in response to that revelation.” Rev. Varghese is right: the movement of God is towards the elimination of social domination and toward a leveling of hierarchical categories of human identity—that much is clear in the arc of the Biblical narrative. God’s Spirit, we believe, erodes all formulations that hold some people at the margins so as to benefit the few.

We would do far better if we thought of the church as a movement, not an institution or even a non-profit organization. But we don’t always recognize it when the Spirit moves to challenge and overturn long-standing hierarchies of domination. The Episcopal Church still has a long way to go. “We have been a denomination of privilege,” writes Varghase, “but we are working on that.”

Yet, Douthat’s editorial may be correct in this one regard. If, as Douthat claims, “the Episcopal Church and similar bodies… don’t seem to be offering anything you can’t already get from a purely secular liberalism,” then we have a huge problem on our hands. It’s just an entirely different problem than he has in mind.

In his stunning 2010 book, “The Death of the Liberal Class,” the seminary-trained journalist, Chris Hedges observes that for the most part, the institutions which have been pillars of liberalism, including the media, the university, the arts, the unions, the Democratic party, and the mainline churches have bought into the neoliberal ideology of corporate-capitalism, which revolves around the mythology of growth at the expense of human and nonhuman wellbeing, thriving, and increasingly, life itself.

In a word, political liberals talk a good talk but (just like political conservatives) have sold out people at the bottom and the planet. A splintering of “causes” and the reduction of politics to “issues” has left the liberal class “obsolete” and clinging “to its positions of privilege within liberal institutions.” And “[l]iberal religious institutions,” writes Hedges, “which should concern themselves with justice, embrace a cloying personal piety… and small, self-righteous acts of publicly conspicuous charity.”

We might start by challenging the power of coal, oil, and gas industries and the big banks that fund them, as has been prophetically suggested by Bill McKibben, a lay-Methodist, in this disturbing new piece in Rolling Stone. Thankfully, resistance of this sort is now official church policy since Resolution B023 on climate justice was adopted by this year’s General Convention.

In theological terms, we are tasked with affirming life in this moment of planetary exhaustion and pervasive social death. Ours are the works of resistance and restoration, of resurrection and reconciliation. Such works require us, always, to undertake some risk.

— The Rev. P. Joshua Griffin, priest Associate at St. David of Wales Episcopal Church in Portland, Oregon. “Griff” received his M.Div. from Harvard Divinity School in 2009 and is a doctoral student in cultural and environmental anthropology at the University of Washington. He has recently started blogging at therevgriff.blogspot.com. You may also follow Griff on Twitter @therevgriff.