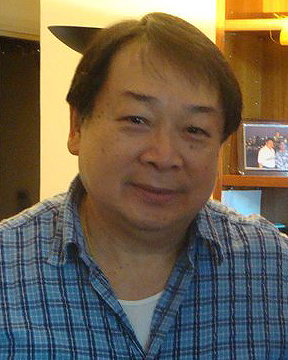 Ching, who died suddenly July 3, had enjoyed a long and distinguished career as staff officer of the Episcopal Church Asiamerica Ministry, including developing the ministry in 1973 and coining the term “Asiamerican” to include all Episcopalians of Asian descent.

The news of his death while traveling from Hong Kong to Hawaii sent shock waves through the church community at the start of the 77th General Convention of the Episcopal Church at the Indiana Convention Center in Indianapolis.

“I can’t believe it,” said the Rev. Winfred Vergara, Episcopal Church EAM missioner. “We had hoped to honor him for his contributions next year at our 40th anniversary of EAM.

“He (Ching) was the first missioner for Episcopal Asiamerica ministries and served under four presiding bishops — (John) Hines, (John) Allin, (Edmond) Browning and (Frank) Griswold,” Vergara said. “He continued to serve as my de facto consultant and advisor and friend and mentor.”

After his retirement from the Episcopal Church Center in 2002, Ching served as interim pastor at the Church of the Good Shepherd in New York City.

In October of 2009 Winston moved to Hong Kong to accept the responsibilities of chaplain, academic tutor in psychology, and student counselor at St. John’s College at the University of Hong Kong.

A cause of death was not immediately clear. Apparently he died in Guam while traveling from Hong Kong to Hawaii, Vergara said.

“His only brother, Jonathan, is on his way to Guam Memorial Hospital” to handle arrangements, Vergara added.
The Rev. Canon Brian Grieves, retired peace and justice officer for the Episcopal Church, said he was “just devastated” to learn of Ching’s death.

“It’s hard to believe his gentle and thoughtful presence is gone from us,” he said via email. “His ministry to Episcopal Asian Ministries is legendary for the many networks he created which supported local congregations across the United States. He leaves us with a more vibrant church because of his extraordinary ministry among us.”

The Rev. Eric Law, founder and executive director of the Kaleidoscope Institute, said Ching was instrumental in nurturing seminarians and youth ministries throughout the church.

“He was wonderfully supportive of Asian youth and young adults; he was 100 percent behind them,” he said.

Law had once observed that the “EAM network is very unique, it is very strong and one of the most organized Pan Asian organizations in any denomination” largely due to Ching’s facilitation and organization.

“When the Rev. Winston Ching gathered Asian leaders back in the 1970s, it was the first time Japanese Americans had a real conversation with Chinese Americans, because back in Asia we were enemies,” Law had said. “But in the United States, we were in a different context. It was the first time many of them had encountered other Asian groups. Asian-American became an identity that did not exist before.”

EAM was created after the 1973 General Convention and began organizing consultations the following year.

The Rev. Keith Yamamoto, rector of St. Mark’s Church in Upland, California, credited both Ching’s and EAM’s support with “giving me a sense of identity about who I am, as a Christian and as an Asian American, a Japanese American.

“There were lots of great friendships that were made through EAM’s influence. They were foundational in helping me see myself as a leader in the Episcopal Church and, eventually, as an ordained person in the church,” he said.

“Winston Ching was a very humble person, he had a very profound spirituality,” Yamamoto added. “He had the ability to raise up leaders for both lay and ordained ministry. He helped organize and facilitate and network people in amazing ways.”

In 1970, Ching was appointed vicar of St. John the Evangelist Episcopal Church in San Francisco, where he founded St. John’s Educational Thresholds Center, a tutoring and language-training program geared toward the children of the neighborhood that later became a separate nonprofit.

— The Rev. Pat McCaughan is a member of the Episcopal News Service team at General Convention.