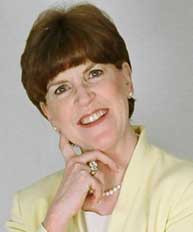 [Episcopal News Service] Pauline H.G. Getz, who has served as House of Deputies parliamentarian since 2003, announced late June 25 that she would stand for election as vice president of that house.

In a posting on her Facebook page, Getz said she had been asked to run by some of the leaders of the Episcopal Church’s Province VIII group of dioceses in the western United States.

She agreed, she said, because “Province VIII deserves more representation in the councils of the church.”

“I can bring that voice to the table,” she said.

Getz is the second lay person to announce that she intends to stand for election as vice president of the House of Deputies. Sally Johnson, a seven-time General Convention deputy from the Diocese of Minnesota, disclosed her plans June 24.

Johnson and Getz will be able to enter the vice presidential election if a clergy person is elected to be president of the House of Deputies. Canon I.1.1(b) requires that the president and vice president be of different orders.

Getz said in her announcement that her experience as parliamentarian has given her “an inside view as well as a good understanding of how the sausage is made.” She added that she understands “who we are and who we can be.”

Getz, who has lived in the dioceses California, Arizona, San Joaquin, San Diego and West Texas, is a six-time deputy to convention and will be San Diego’s lead lay deputy in Indianapolis.

Getz, an attorney, recently closed her law firm Getz & Associates in Poway, California, north of San Diego in southern California. She did so, she told Episcopal News Service via email, to launch a start-up venture with a longtime client. LuminOre Copper Touch, a company founded in 2011 cold sprays products with copper to create antimicrobial surfaces. Getz is the venture’s executive vice president and general counsel. She also serves as the vice chancellor of the Diocese of San Diego.

Getz is one of five children and the daughter and sister of Episcopal priests. “That has given me a churchwide view of our family of Christ,” she said in her announcement.

“The only ‘camp’ I am affiliated with is Camp Stevens, our diocesan church camp which we share with Los Angeles,” Getz said. “I make my decisions after prayerful consideration and not based on an agenda. Absolutely not implying anyone else does, just saying ‘this is me’.”

Getz will have been married to her husband, Ron Enos, for 25 years on June 27.

House of Deputies President Bonnie Anderson has said she would not ask this meeting of General Convention to elect her to a third and final term as president. The election for her successor will be held July 10 with nominations opening July 9 with a “meet the nominees” reception that evening.

Thus far, the Rev. Gay Jennings and Martha Bedell Alexander have announced they intend to stand for election as president.

Nominations for House of Deputies vice president will open July 10 and that election will take place the next day, July 11. Getz will celebrate her 60th birthday on July 10.

The office of vice president has been vacant since Feb. 15, 2010, when Diocese of Minnesota Bishop Brian Prior, who had been vice president, was ordained bishop.

At the organizing session of the House of Deputies on July 5, the house will elect a vice president to serve at the 77th convention. The Very Rev. Scott Kirby, retired dean of Christ Church Cathedral in Eau Claire, Wisconsin, and a deputy from that diocese, has agreed to be nominated to serve as vice president. Other persons may also be nominated from the floor. If Kirby is elected, he has indicated that he will not stand for election for any office for the next triennium.