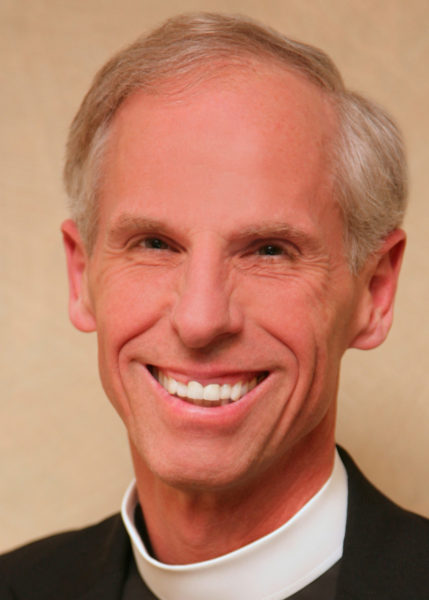 [Episcopal News Service] The Rev. Dr. Douglas John Fisher was elected on June 2 to be the ninth bishop of the Episcopal Diocese of Western Massachusetts.

Fisher, 57, rector of Grace Church, Millbrook, New York, was elected on the third ballot out of a field of three remaining nominees.

The election took place at Christ Church Cathedral in Springfield

“We are overwhelmed, humbled and honored by this election,” Fisher said after his election.  “The diocese was so prayerful and spirited in this process and is aware of the many gifts that God has given them. They are ready to take on the challenges of the 21st century, and the Fisher family looks forward to being in Western Massachusetts and serving the kingdom of God with them.”

Fisher will succeed Bishop Gordon Paul Scruton, 65, who announced in June 2011 that he would retire in December 2012 after 16 years as bishop.

“As a diocese, we are filled with gratitude that the Holy Spirit has guided us to call the Rev. Dr. Douglas John Fisher to be our next bishop,” Scruton said in a press release issued after the election.

Assuming that consent is received, Presiding Bishop Katharine Jefferts Schori is scheduled to ordain Fisher on Dec. 1 at the MassMutual Center, also in Springfield.

Fisher has been rector of Grace Church in Millbrook since September 2000. Prior to that call, he served Holy Innocents Episcopal Church in Highland Falls, New York, and was a chaplain to the U.S. Military Academy at West Point from 1997 to 2000.

He holds a Master of Divinity degree from Immaculate Conception Seminary and a Doctor of Ministry degree from Episcopal Divinity School.

Fisher was ordained a Roman Catholic priest for the Diocese of Rockville Centre in 1980. He left the Roman priesthood and was married in 1984. He was received into the Episcopal Church in June 1997. His wife Betsy was ordained a priest in September 2004. They are parents to three children.

Gossling and Griffin withdrew after the second ballot.

The Springfield-based Diocese of Western Massachusetts has more than 60 congregations. It celebrated its 100th anniversary in 2000.