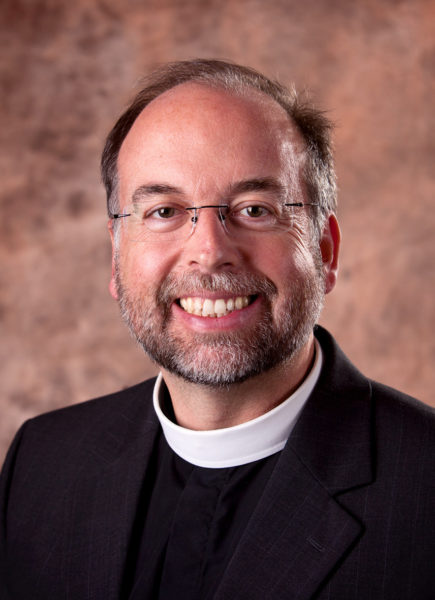 [Episcopal News Service] The Rev. Jeff W. Fisher was elected on June 2 to be the bishop suffragan for the eastern region of the Episcopal Diocese of Texas.

The election took place at Christ Church Cathedral in Houston.

Assuming that consent is received, Presiding Bishop Katharine Jefferts Schori is scheduled to ordain Fisher on Oct. 6 at Caldwell Auditorium in Tyler, where the new bishop suffragan will be headquartered.

Fisher, 48, has been rector of St. Alban’s Episcopal Church in Waco since 2006. Prior to that call, he was associate rector at St. Mary’s Episcopal Church in Cypress from 2004 to 2006. He was ordained deacon and priest in 2004 after earning a Master of Divinity degree from Virginia Theological Seminary.

Prior to entering ordained ministry, Fisher worked for Arthur Andersen in Houston, then for Hand Benefits & Trust, an employee benefit consulting firm in Houston, where he was the chief financial officer. He and his wife are the parents of two sons.

The other nominee was the Rev. Beth J. Fain, 60, rector of St. Mary’s Episcopal Church in Cypress.

Texas Bishop C. Andrew Doyle announced his intention to call for the election at the Clergy Conference in October 2011. At the time he laid out his specific expectations for the bishop suffragan position as a regional bishop.

A bishop suffragan serves under the leadership of the bishop diocesan, who frames his or her specific work, Doyle said. Among the duties of the new bishop will be the boards of St. James’ House, the diocesan retirement community in Baytown; All Saints’ School, Tyler; William Temple Center, Galveston and St. Vincent’s House, Galveston. The new bishop also will be responsible for pastoral care of the clergy and be the diocesan liaison to the Little Church Club, Episcopal Church Women, diocesan Altar Guild, Cursillo, Recovery Ministry, Brotherhood of St. Andrews, Faith Alive, Restorative Justice and have oversight of the Bishop Quin Sabbatical Grants.

Fisher will join Doyle and Bishop Suffragan Dena A. Harrison in serving the diocese, which has more than 77,000 members in 151 congregations.